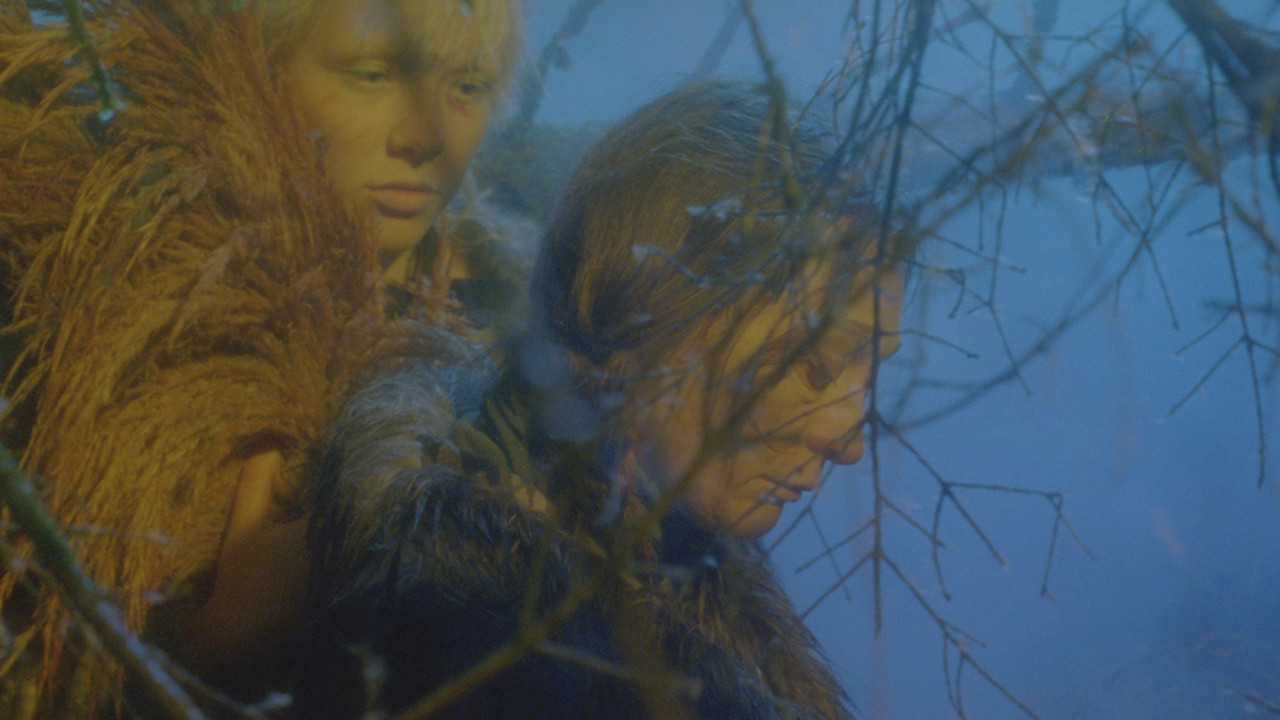 In a far-flung future, humanity has left Earth for After Blue, a strange planet whose peculiar effects on hair make the realm solely hospitable to women. When Roxy (Paula Luna), the lonely teenage daughter of the colony’s hairdresser Zora (Elina Löwensohn), impulsively unearths a notorious criminal who promises to grant her three wishes, the ensuing violence exiles mother and kin from the settlement, so they may track down and bring this legendary killer to justice. Armed with Gucci rifles and Paul Smith pistols, the duo ventures into a hostile alien landscape rife with toxic gases, slime-encrusted crystalline entities, and promiscuous fashionistas. From there, things get pretty weird.

Born from the eccentric imagination of Bertrand Mandico (The Wild Boys) — a practitioner of the Incoherence Manifesto, which pursues a romantic, unformatted, disturbed, and dreamlike approach to cinema — After Blue inhabits that liminal intersection between genre and avant-garde similar to that of recent Midnight Madness fantasias like Let The Corpses Tan (which also featured Löwensohn) and The Twentieth Century. Unfolding as a kind of erotic sci-fi acid western, its fantastique terrain recalls the world-building of René Laloux’s Fantastic Planet. Pascale Granel’s chimerical cinematography, meanwhile, sensually captures its denizens in a psychedelic anaglyph glow that mesmerizes, even as they entertainingly disgust with surreal transmissions of viscous fluids and sticky grit.

Playfully perverse and queerly punk, Mandico’s latest certainly perpetuates the cult iconoclast’s aesthetic and thematic proclivities for blurring boundaries and transforming taboos. But it also infectiously harkens back to a primal era of midnight movies, when esoteric films and their eclectic auteurs tantalized with an ultimate “trip.”