In a town plagued by disaster, one man has the job of breaking the worst news to its citizens, in director Bent Hamer’s wryly amusing absurdist drama. 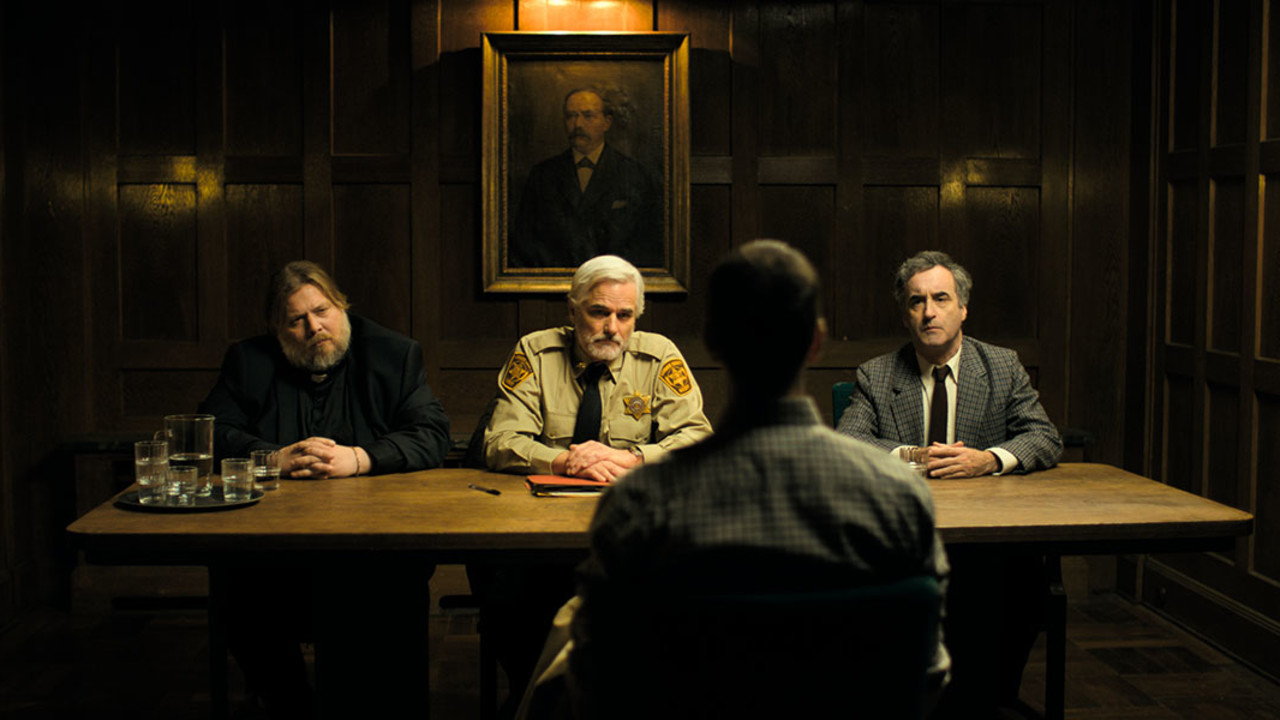 Since his first feature, Eggs (which won the FIPRESCI prize at TIFF in 1995), Bent Hamer has specialized in tales of loneliness and isolation, his ostensibly sombre subject matter offset by his remarkable facility for deadpan, absurdist humour and a muted yet profound optimism. His latest, The Middle Man, has the added benefit of a stellar international and Canadian cast including Aksel Hennie, Nicolas Bro, Sheila McCarthy, Rossif Sutherland, and Kenneth Welsh — plus Don McKellar and Paul Gross, who deliver morbidly funny performances.

The film opens with the long-unemployed Frank (Kon-Tiki’s Pål Sverre Hagen) getting his big break. He’s just been hired to be the new middle man, a prominent if rather difficult job: in a town that’s inexplicably plagued by accidents and disasters, Frank’s primary responsibility is informing people about the deaths of their loved ones. (Few want to ask why the town has so many tragedies, and even fewer will ask why anyone stays.) Almost immediately, he hits it off with Brenda (actor-director Tuva Novotny), the receptionist at city hall, but there are plenty of speed bumps to come — the most significant being Brenda’s always-enraged ex, Bob (Trond Fausa Aurvåg), who is also Frank’s longtime nemesis and a rejected candidate for Frank’s new post. Bob’s fury at being passed over will have fatal consequences and expose long-suppressed truths. Almost noirish in its analysis of the simmering tensions among the town’s ferociously enigmatic denizens — no one answers a question directly, and even Frank is somewhat mysterious — The Middle Man is also a classic Hamer film, exploring how we connect or fail to connect with others and find our own humanity in the most unlikely circumstances.