Khadar Ayderus Ahmed’s poetic romance centres on a family facing impossible loss, and the lengths one man will go for his beloved. 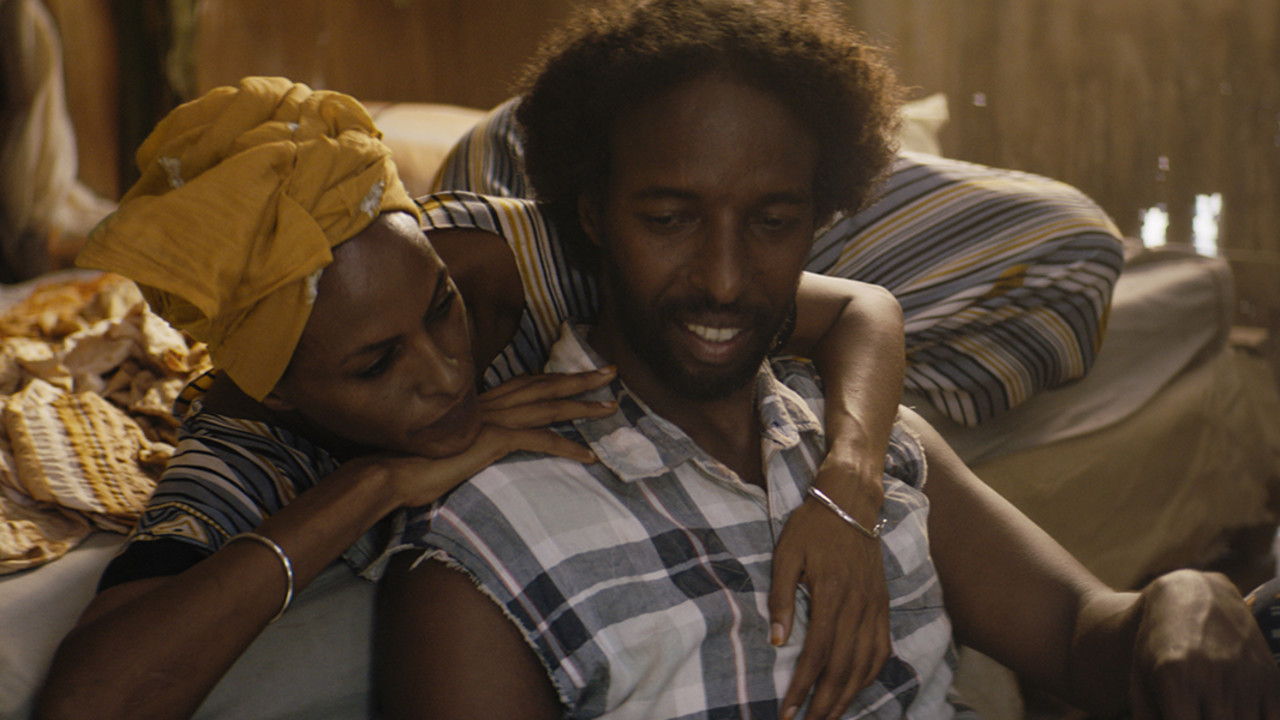 Each day, in Djibouti City, Guled (Omar Abdi) and his comrades sit outside a local hospital to wait for the next ambulance. When in luck, they will leave with a body to bury in exchange for a little money. No one enjoys the job, but at least they have each other, and Guled has Nasra, played by Somali Canadian model Yasmin Warsame in her first acting role. The gravedigger’s adored wife is dying of kidney failure and in desperate need of a transplant. In order to pay for it, Guled would need the equivalent of what he might make in a year, in far less time.

There is one other option in their home village, but Nasra refuses to hear it. She instead chooses to savour every moment left with her beloved and their son, Mahad, too young — and too emotionally distant from his father — to be without her. Nasra’s worsening health drives Guled’s decision to ignore her warnings in one last act of devotion.

In The Gravedigger’s Wife, Finnish Somali writer-director Khadar Ayderus Ahmed observes the long, arduous lengths love can reach to. His poetic debut is a study of slowing time to capture the ceremonial element in the act of caring for another, where the smallest moments mark the most radiant demonstrations of reverence. Mesmeric cinematography and an impactful score make for an unforgettable journey into regional landscapes rarely appreciated in the popular cinema of Europe or the Americas, and even rarer viewed on Somali terms. In that way, perhaps what Ahmed offers is more than a love story and rather a visual lesson in story as love.