Ramon and Silvan Zürcher’s second film is a thrilling roundelay of mystery and sexual intrigue set off by a young woman’s move into a new apartment. 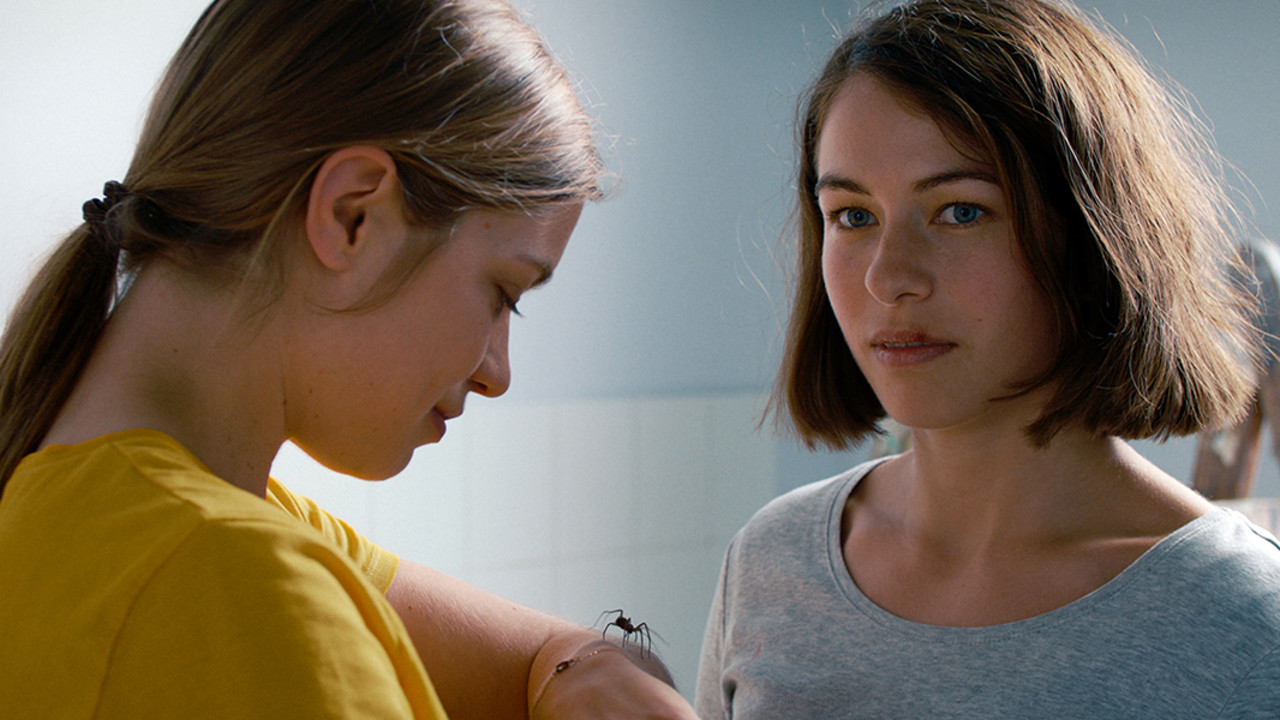 The Girl and the Spider

The much-anticipated follow-up to their masterful feature debut, The Strange Little Cat (TIFF Wavelengths 2013), Ramon and Silvan Zürcher’s The Girl and the Spider is every bit as precise and thrilling. An uncanny, expanded chamber piece thrumming with life, in all of its conflicting impulses and ambiguities, the film takes place between two Berlin apartments as Lisa (Liliane Amuat) prepares to leave her roommate Mara (Henriette Confurius) for a place of her own.

The move — a material and emotional fissure that ripples out into each attendant complex and street, introducing a constellation of neighbours, lovers, strangers, and pets alongside Lisa’s mother and the hired movers — triggers repressed resentments and latent longings between the young women, who engage in a Lubitschian roundelay of words, gestures, and small-scale cruelties amidst the buzzing activity of packing, disassembling, and reinstalling.

Fuelled by a magnetic sense of entropy — with constant caesuras, breakages, spillage, and injuries, both intentional and accidental — The Girl and the Spider is extremely sophisticated in its formal play of choreography and primary-coloured compositions. As characters collide in space, they seem increasingly beholden to an unseen web of sexual intrigue and interactions that shift between duelling and desirous. Employing edits as ruptures, the film explores intersubjectivity by way of physical proximity, mesmeric anecdotal detours, poetic abstraction, and moments of comedic surrealism, all set to a music-like ambient soundscape.

Incisively exploring the rarely considered relationship that exists between roommates, the Zürchers brilliantly exhume the charged energy of seemingly platonic shared spaces, in which passive aggression accumulates over time alongside a heightened intimacy and dependence.