A melancholic meditation on love and creativity, French auteur Mia Hansen-Løve’s latest stars Vicky Krieps and Tim Roth as a filmmaking couple who go to the island of Fårö, where Ingmar Bergman spent the end of his life. 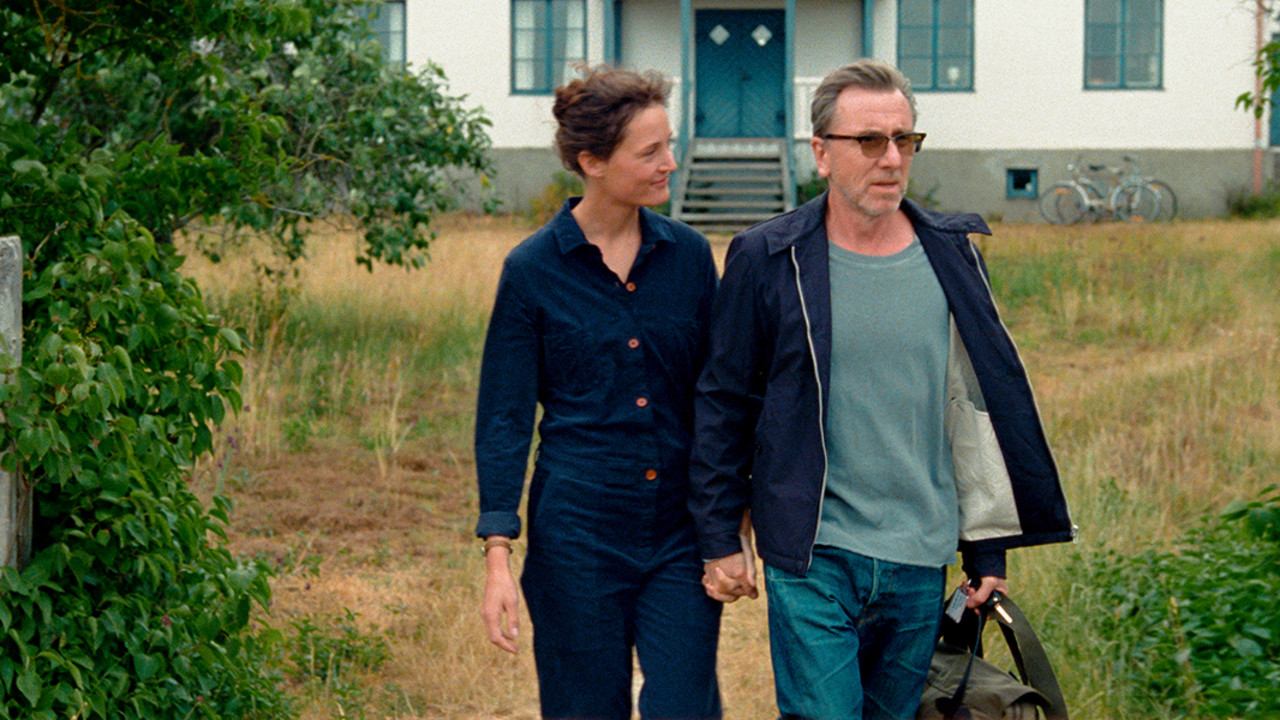 For legendary Swedish filmmaker Ingmar Bergman, cinema served as a stage for hauntings of the soul and battles against psychological and spiritual demons, while the latest film by prolific French filmmaker Mia Hansen-Løve tackles adjacent themes of memory and inspiration in a decidedly lighter register. Bergman Island is a melancholic meditation on love and artistic creation, starring a phenomenal Vicky Krieps and Tim Roth (also at the Festival in The Survivor and Sundown, respectively) as Chris and Tony. The film begins as the couple — both filmmakers — arrives to Fårö, the Baltic island where Bergman lived and shot some of his greatest films, and which has, unsurprisingly, evolved into a kind of cinephile theme park (“Don’t miss the Bergman safari!”). Tony’s work is fêted at their artist residency while Chris struggles with her screenplay and the two, despite a tender rapport, seem to be at an unspoken impasse, navigating romantic malaise and subtle professional enmity under the spell of the stunning island and Bergman’s legacy.

A film at once personal, intimate, and expansive, with shades of autofiction, Bergman Island sets up a number of parallels as life and art begin to blend in a nested narrative that lays bare the vulnerabilities of desire. Namely, we see Chris’s in-development script come to life: a bittersweet love story starring Mia Wasikowska as Amy, a young filmmaker and obvious alter ego to Chris, who is reunited with her first love Joseph (Anders Danielsen Lie; also at the Festival in The Worst Person In The World) at a mutual friend’s wedding on the same remote island. With its seamless and elegant mise en abyme resulting in two intertwined fictions, Bergman Island is buoyed by a superb cast, its breezy tone, and Hansen-Løve’s lyrical and assured direction in one of her finest films to date.