A teen in rural Quebec must decide her future by choosing one of three suitors, in Sébastien Pilote’s moving adaptation of Louis Hémon’s 1913 novel. 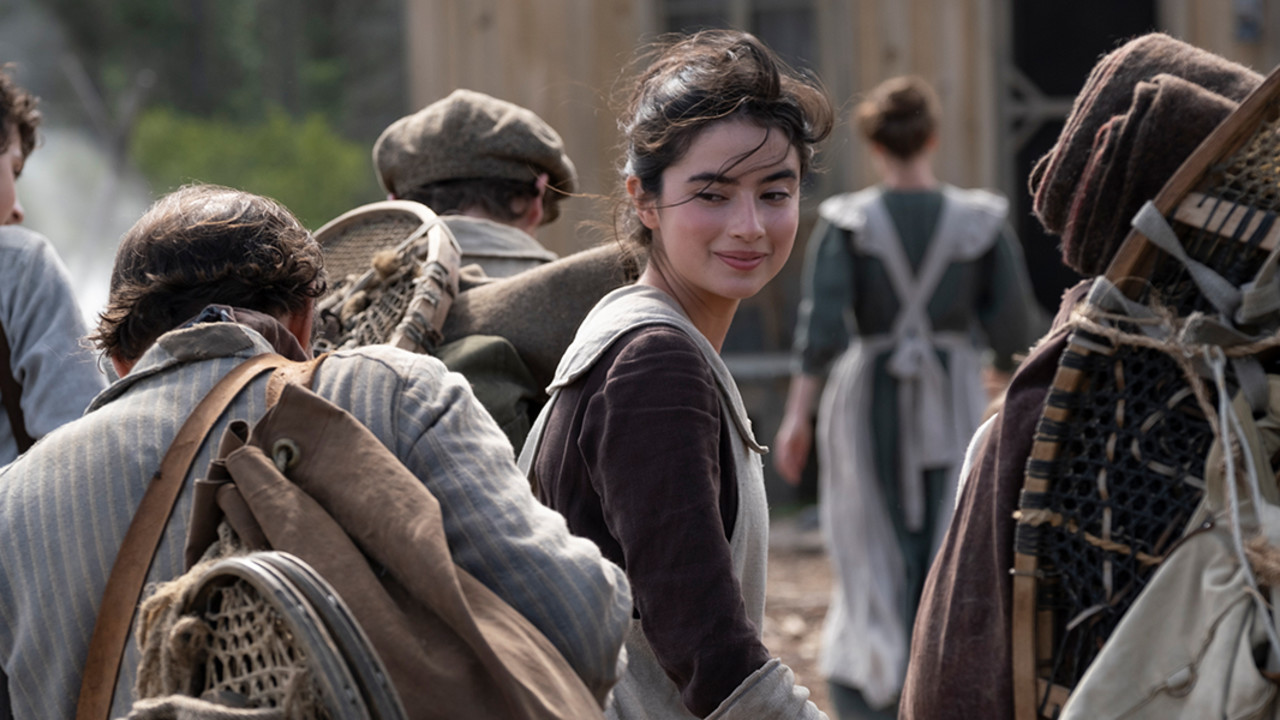 Louis Hémon’s beloved 1913 romance novel Maria Chapdelaine is handsomely, lovingly adapted to the screen by award-winning filmmaker Sébastien Pilote, whose last film, The Fireflies Are Gone, won best Canadian film at TIFF in 2018. The Chapdelaines live on a remote farm in northern Quebec in the early 1900s. Father Samuel (Sébastien Ricard) has little patience for society, moving when anyone comes too close, which has led to a strangely peripatetic existence for his long-suffering wife Laura (Hélène Florent) and their children. But as the film opens, some decisions are going to have to be made, most involving Maria (Sara Montpetit), who has reached marrying age.

Three very different suitors have come forward, each representing a distinct path for Maria. Lorenzo Surprenant (Robert Naylor), who has taken a factory job in the US, offers Maria wealth and an escape from rural hardship. Shy and awkward Eutrope Gagnon (Antoine Olivier Pilon), the next-door neighbour and fellow homesteader who has loved Maria since they first met, will let her remain close to her family. Dashing logger François Paradis (Émile Schneider), meanwhile, seems to promise her the best of both worlds. Whom Maria chooses, and the factors influencing her, will have serious implications for her entire family.

Pilote and cinematographer Michel La Veaux create a film that’s part elegy and part paean, as reflected in their treatment of the landscape. The rural Quebec depicted here is simultaneously beautiful and unforgiving, especially if one presumes anything or lets down their guard. In the first sequence, on a trip back from a nearby village, Maria and her father are crossing a picturesque frozen lake when they both realize the ice is melting and the family will be on its own for several months. This latest and best version of Maria Chapdelaine respects the family’s determination in the face of hardship, while mourning their heartbreaking losses.