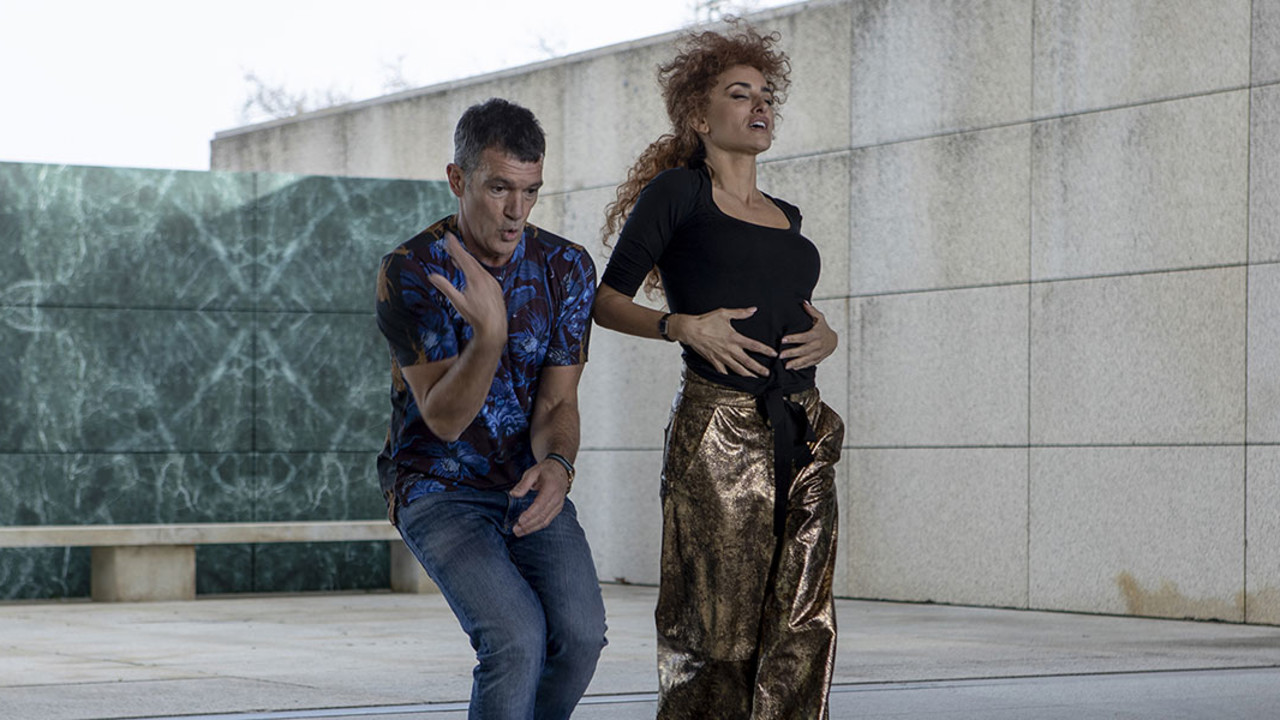 Having surveyed his legacy and finding it lacking in prestige, an octogenarian millionaire pharmaceutical tycoon (José Luis Gómez) decides to finance a great work of cinema. He purchases the rights to a Nobel Prize–winning novel about sibling rivalry and entrusts the property to enigmatic auteur Lola Cuevas (Penélope Cruz). A visionary conceptualist with a penchant for offscreen theatrics and micromanagement, Lola casts as her embattled co-leads a pair of veteran thespians who couldn’t be less alike: Iván Torres (Oscar Martínez) is a revered educator and legend of the stage much concerned with ethics and artistry, while Félix Rivero (Antonio Banderas) is a glamorous global star known mostly for brainless, bombastic entertainments.

Alternating between exacerbating the actors’ mutual antipathy and uniting them in their discomfort with her psychologically tumultuous rehearsal techniques, Lola seeks to capture the drama of two alpha males vying for the limelight — but it won’t be long before the gambit goes off the rails.

Awash in egomania and deliciously absurd behind-the-scenes hijinx, Argentine writer-directors Mariano Cohn and Gastón Duprat’s Official Competition is an ingenious, icy satire. Largely a chamber piece, the film provides its central trio with ample opportunity for both vulnerability and scenery chewing. Martinez deftly reveals the childish wounds underlying Iván’s high ideals, while Banderas utilizes his star power to craft a portrait of a man consumed by his own celebrity. But it’s Cruz, sporting a magnificent cloud of ginger curls, who becomes the film’s anchor as a master manipulator looking on as her grand scheme spirals out of control.