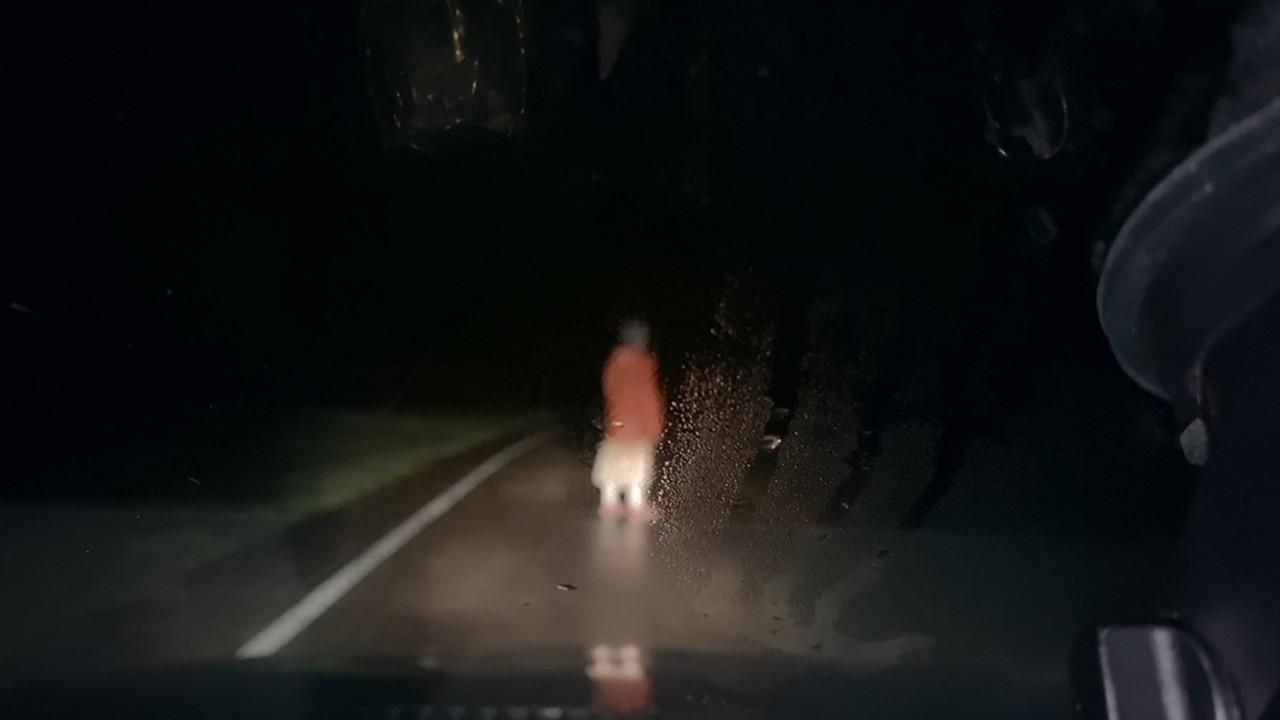 Last summer, horror fans were terrorized by Rob Savage’s Host, a pandemic-produced scare factory that cannily captured our contemporary conditions as it depicted an online séance gone scarily wrong. With DASHCAM, Savage and his collaborators once more reflect our current cultural milieu, further distilling an extended lockdown’s worth of anxieties into a nonstop nightmare, but this time compellingly filtering them through the perverse perspective of a caustic and conspiratorial “always-online” troll in what has to be among the most chaotic horror protagonists this programmer has ever encountered.

Framed within a livestream, an indie-rock musician portrays a self-consciously obnoxious exaggeration of her own polarizing online persona. Exasperated and depressed by her pandemic lifestyle in Los Angeles, she breaks quarantine for London, England, and the hospitality of a former bandmate. But when her fringe beliefs and selfish behaviour incite contempt from her progressive friends, her response inadvertently propels her (and her online audience) into a perilous and profane high-wire horror chase through an increasingly foreboding English countryside.

With a manic momentum, innovative camerawork, and shockingly cavalier nihilism reminiscent of the original Evil Dead, Savage and his lead have fearlessly constructed an uncomfortable emblem of triggering social media extremities in this anti-hero, and they put her (and the unfortunate souls in her orbit) through a dizzying wringer of inventive gore, gallows humour, and impish provocations. Audiences will either smash that proverbial like button, or be incensed to tweet vitriol, but the discourse that erupts is guaranteed to leave a mark.