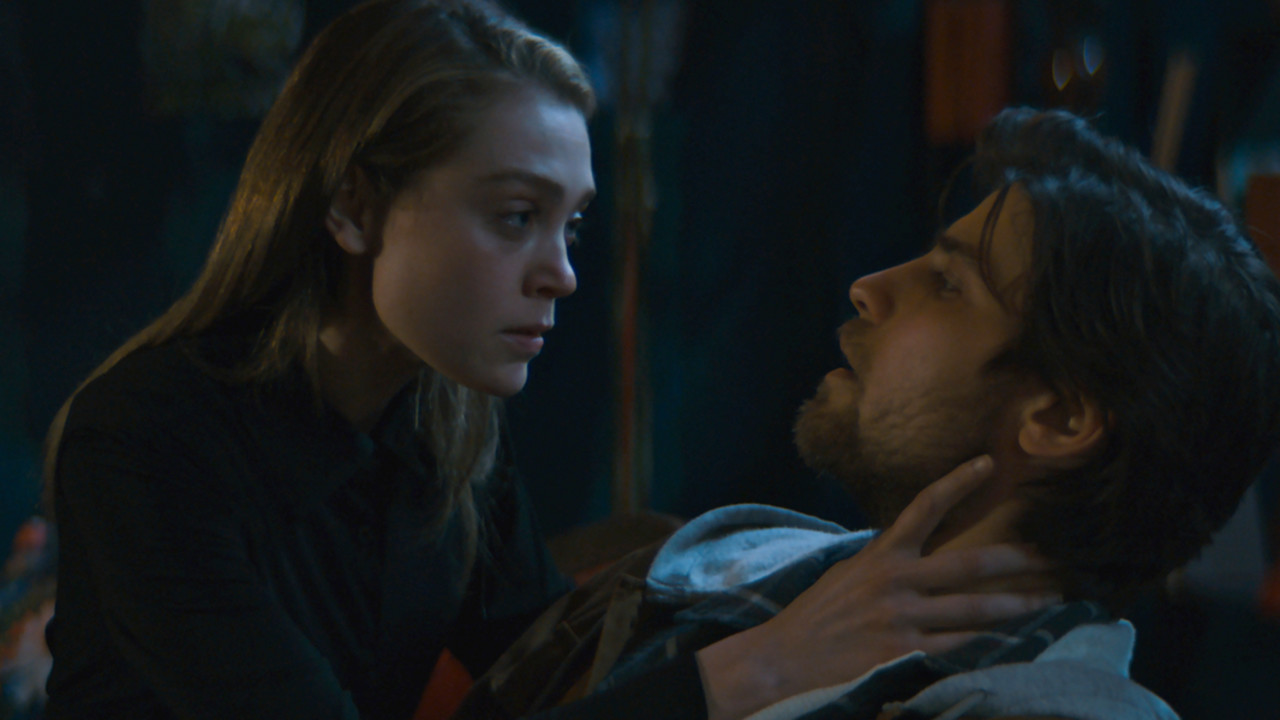 Fusing the grittiness of George Romero’s Martin with the sly theatricality of Stuart Gordon’s early films (Re-Animator, From Beyond), Blaine Thurier’s Kicking Blood reimagines vampire mythology by transplanting it to the bohemian world Thurier has satirized since he began making films. Instead of the usual desiccated, tormented aristocrats with impossibly innocent victims, Thurier’s undead are hipster scavengers and swingers, their victims luckless hangers-on and drunks.

Vampire Anna (Alanna Bale) is disappointed with eternal life. She’s less guilt-stricken than tired — tired of the people she preys on, tired of having to say goodbye to people she likes. Her one mortal friend, Bernice (Rosemary Dunsmore), is deathly ill, and a chance encounter with suicidal alcoholic Robbie (Luke Bilyk) has only exacerbated her weariness. Her fellow bloodsuckers see humans as food with an annoying tendency to talk back, but Anna is perplexed and even inspired by human foibles — specifically Robbie’s determination to kick booze and Bernice’s determination to live and die on her own terms.

Thurier adds a new wrinkle to the vampire ethos: an interest in the undead economy. Anna’s vampire buddies rip off their victims, something she finds undignified. He also riffs on the vampires-as-junkies motif in a perhaps more direct manner than previously seen. This crew is less driven by dire necessity than a desire to, as Anna puts it, get “high as fuck.”

Kicking Blood’s adventurous cast is rounded out by Benjamin Sutherland and Ella Jonas Farlinger as Anna’s nocturnal crew; Josh Bainbridge as a spectacularly hapless victim; and Vinessa Antoine as Robbie’s wealthy ex, who’s almost as parasitical as Anna’s colleagues. Cinematographer Jonathon Cliff turns Sudbury (where the film was shot) into an eerier, more romantic version of Romero’s Pittsburgh, giving it a bleary glamour in the night scenes.