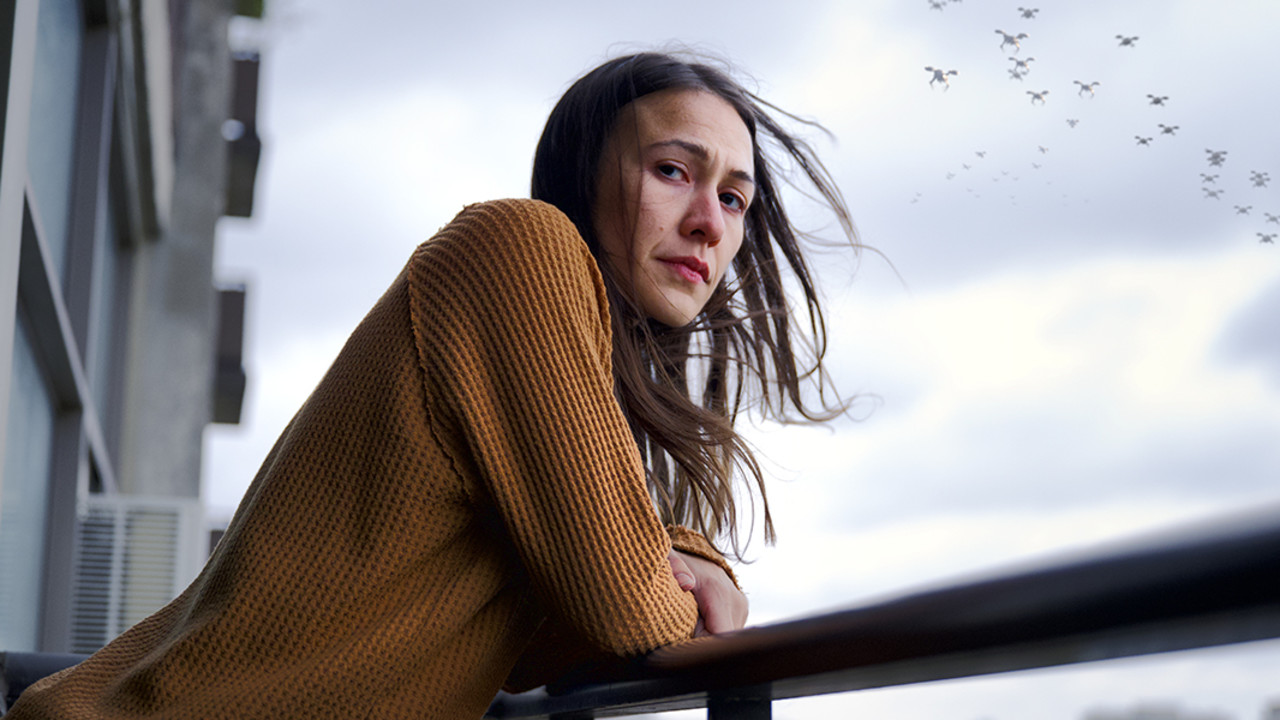 This film contains scenes that may distress some viewers, especially those who have experienced harm, abuse, violence, and/or intergenerational trauma due to colonial practices.

Danis Goulet. Remember that name. With several groundbreaking short films behind her, the director makes her feature debut with one of the most important Canadian films in recent memory. A searing thriller set in the near future, Night Raiders digs deep into Canada’s painful past to craft a compelling, propulsive piece of genre cinema.

After a destructive war across North America, a military occupation seizes control of society. One of their core tactics: taking children from their families and putting them into State Academies, or forced-education camps. Niska (Elle-Máijá Tailfeathers) is a Cree mother desperate to protect her daughter Waseese (Brooklyn Letexier-Hart). But events force mother and daughter to separate, leading Niska to join a group of Cree vigilantes to get her daughter back.

If this story echoes the real forced assimilation of Indigenous children that colonizing powers undertook in Canada, the US, Australia, and beyond, that’s no coincidence. Goulet is Cree-Métis from northern Saskatchewan. With Night Raiders, she transforms the ugly reality of residential schools into remarkable, cinematic world building. The production design, cinematography, and visual effects all contribute to a full immersion in a powerful, fictional world. But Goulet’s vision, combined with powerful performances from Tailfeathers, Letexier-Hart, and Gail Maurice, bring this speculative future into dialogue with our past. Night Raiders is not just a singular Canadian film, but a new view of Canada for the whole world.