Jessica Chastain and Ralph Fiennes lead a strong ensemble cast in this tense drama about the perilous fallout from a debauched weekend in Morocco. 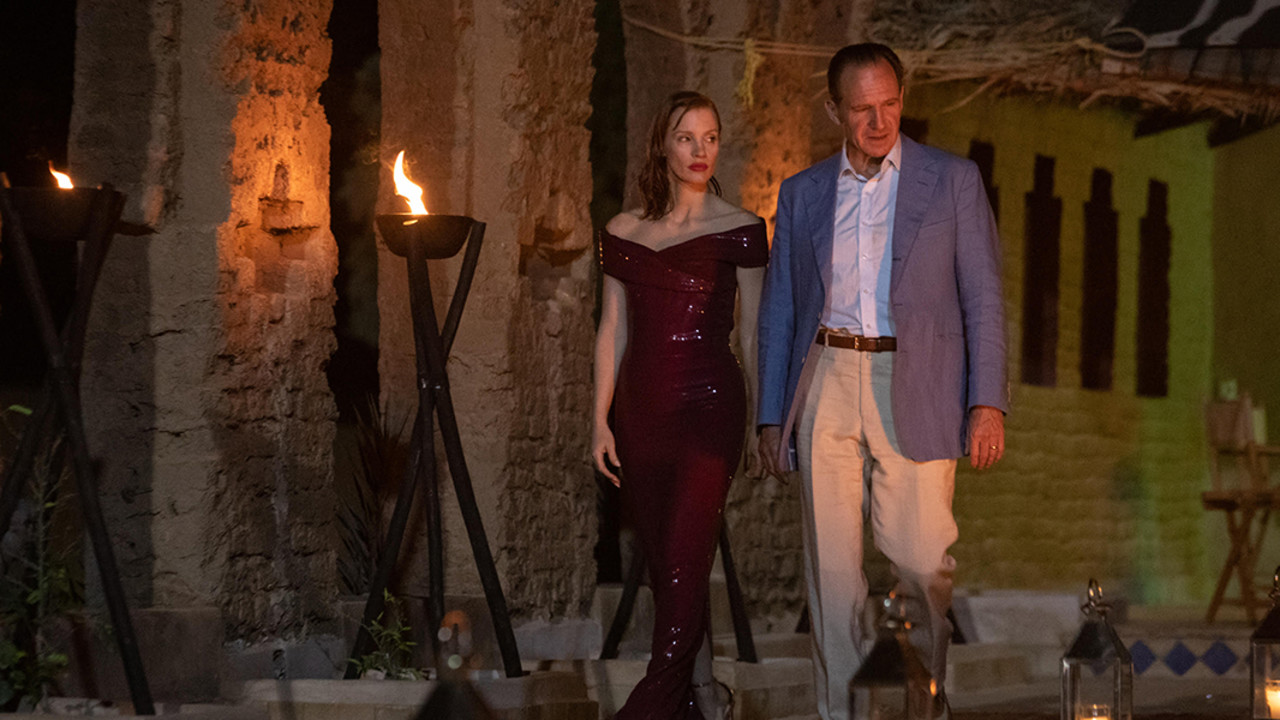 On the verge of divorce, wealthy couple David (Fiennes) and Jo (Chastain, also appearing at the Festival in The Eyes of Tammy Faye) are on their way to a lavish weekend party, and accidentally run over and kill a young Moroccan man trying to sell fossils by the roadside. They put his body in their car and arrive at the party at a mansion hosted by a worldly gay couple. Once the body is tucked away in the bowels of the villa, the partygoers return to the circus of dancing, drugs, and debauchery. The next morning, David’s buzz becomes a hangover as he’s forced to reckon with the boy’s father and meet his own fate. For the others, the party must go on.

Making his TIFF debut, John Michael McDonagh (The Guard) applies a Felliniesque lens towards the bourgeoisie, showing how their vapid pursuits prey on (or ignore) the livelihoods of others, sometimes with deadly results. The shimmer of these events, contrasted with the bleakness of the working class and Moroccan help who observe from the periphery, allows McDonagh to explore fatalistic themes of hedonism, neocolonialism, and the negligence of privilege.

A weekend of fun reveals a world of oppression in this bold and sly critique driven by star-studded performances.