The latest from writer-director-actor Mélanie Laurent is a chilling tale of spectral visions and institutional abuse set in 19th-century France. 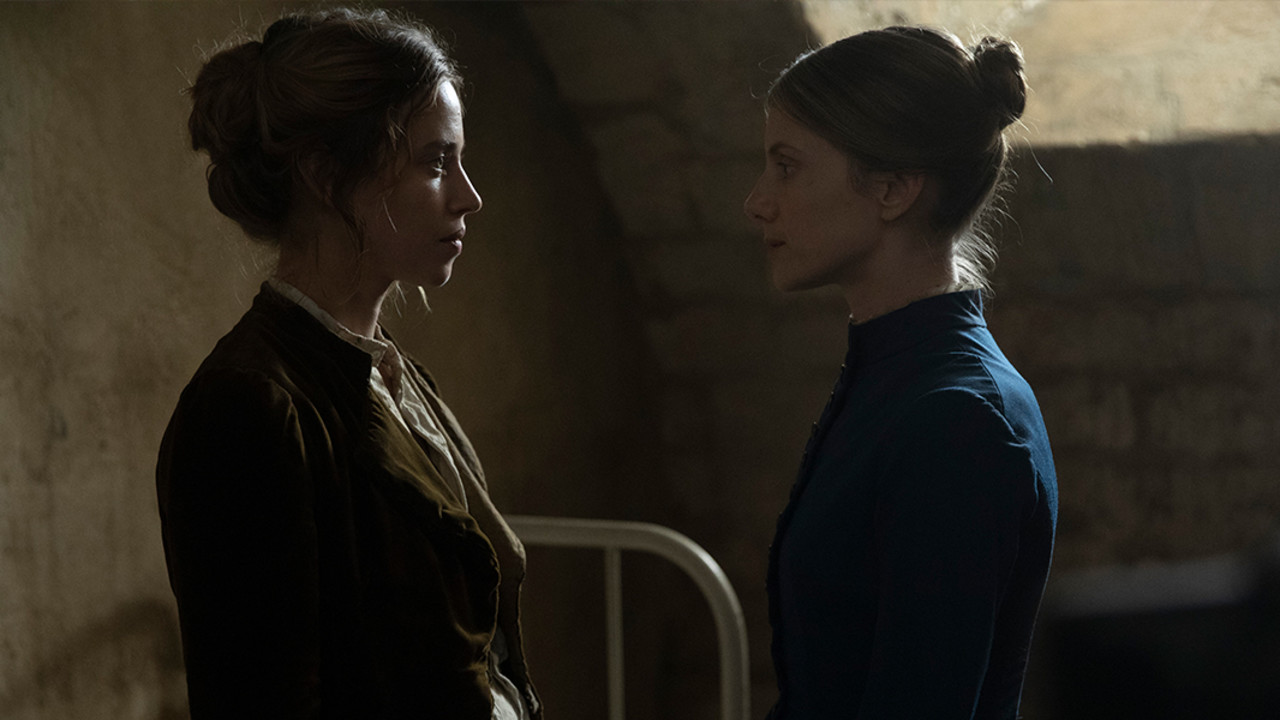 In The Mad Women’s Ball, actor-director Mélanie Laurent delivers a searing yet sensitive portrait of women enmeshed in a medical system that both misunderstands and fears them. The setting is late 19th-century France and the birth of psychiatry, but the resonances couldn’t be more contemporary.

Eugénie Cléry (Lou de Laâge) is a young woman with a free spirit, an independent mind, and a quick tongue — qualities her father will not tolerate. Eugénie also has spectral encounters that leave her staring into space and gasping for breath. She is visited by the spirits of the dead.

Alarmed by her visions, Eugénie’s family admits her to a neurological clinic in Paris’s Pitié-Salpêtrière overseen by Professor Jean-Martin Charcot (Grégoire Bonnet). The clinic is populated by women of all ages. Some are fleeing violence. Some, like Eugénie, are there by force. Most are given the dubious diagnosis of hysteria. Eugénie has been cloistered in a place where gaslighting, condescension, and abuse are the modus operandi. Charcot is more showman than scientist, hypnotizing patients for the delight of his colleagues, deploying heinous bogus therapies, and orchestrating a grand ball that preys upon his patients’ fantasies.

Based on the novel by Victoria Mas, The Mad Women’s Ball is a pointed reminder of the misogyny at the roots of psychiatry. Laurent’s storytelling is both lyrical and detailed, always favouring the perspective of her heroine (played to haunting effect by de Laâge, star of Laurent’s TIFF ’14 selection Breathe). It soon becomes clear that the abuses of Charcot’s clinic merely formalize what passes for custom beyond its walls. Over a century later, The Mad Women’s Ball reverberates with our growing understanding of the flaws at the heart of what we once called objective human science.