After a devastating typhoon in the Philippines, three characters must decide whether to stay home or escape to Manila and leave their pasts behind. 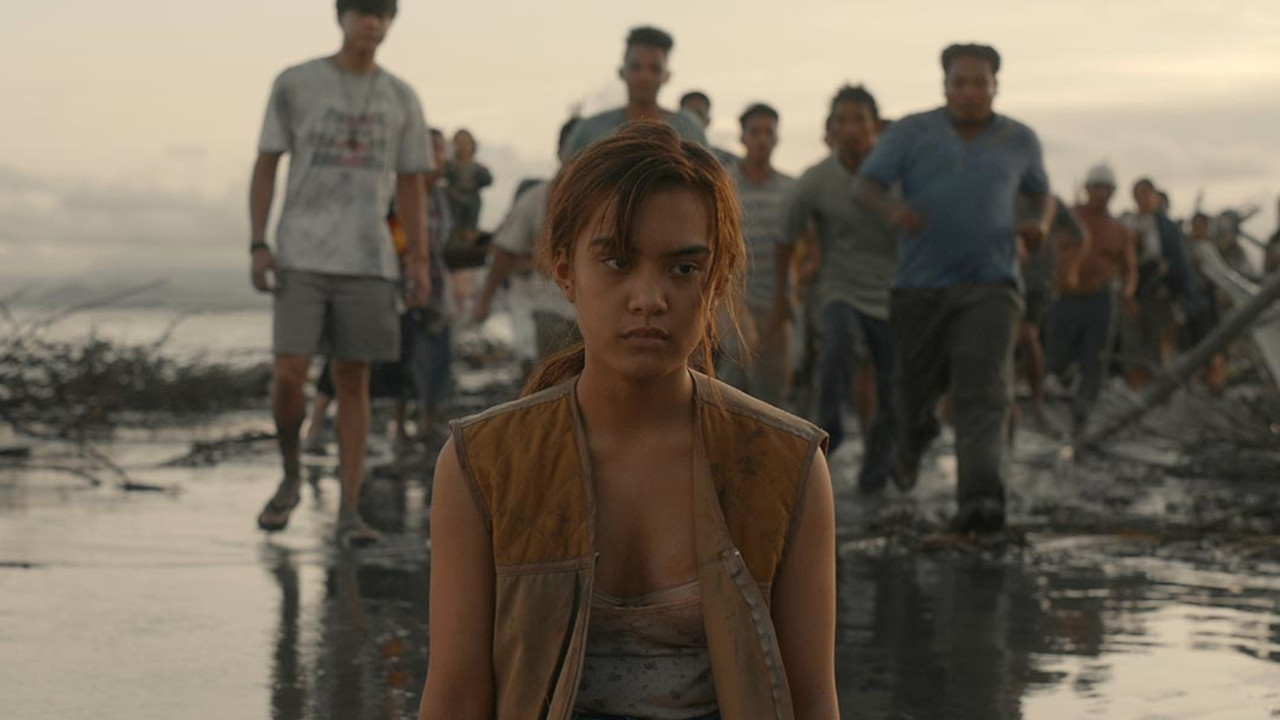 Whether the Weather is Fine

Devastated after the impact of Typhoon Haiyan in November 2013, the Filipino coastal city of Tacloban is largely reduced to rubble. Among those left standing in its wake are Miguel (Daniel Padilla), his mother (Charo Santos), and his friend Andrea (Rans Rifol). Food is in short supply. Rescue centres are overflowing with the injured. Everything is thrown into disarray and confusion.

What’s worse: another storm is said to be on its way, sending the locals even further into desperation and hysterics. A ship will be leaving from the local port to take people to the safety of Manila — but leaving home and all that it represents is easier said than done. As the three characters make their way towards this chance at a new future, they each have their own set of priorities that threaten to split them apart, and the challenges and distractions they encounter may take them in different directions altogether.

After his short film The Imminent Immanent (2018), Carlo Francisco Manatad returns to TIFF with an unusually assured feature-length debut that balances its real-world event with a touch of the surreal. More interested in the strangeness that comes with such a dislodging of orientation than in the obvious dramatic sensationalism it could entail, Whether the Weather is Fine is a (post-)disaster movie unlike anything you’ve ever seen before.

The film’s unnerving sense of the erosion of place evokes Jia Zhangke’s Still Life, its intermittent injections of pop sensibility are reminiscent of Apichatpong Weerasethakul, its immersion in the thick of the chaos evokes the neorealists, and its expertly composed and vibrant visual style shares an affinity with the likes of Nicolas Winding Refn and Bi Gan. In the synthesis of these influences, however, is the arrival of a distinct new voice that commands serious attention.