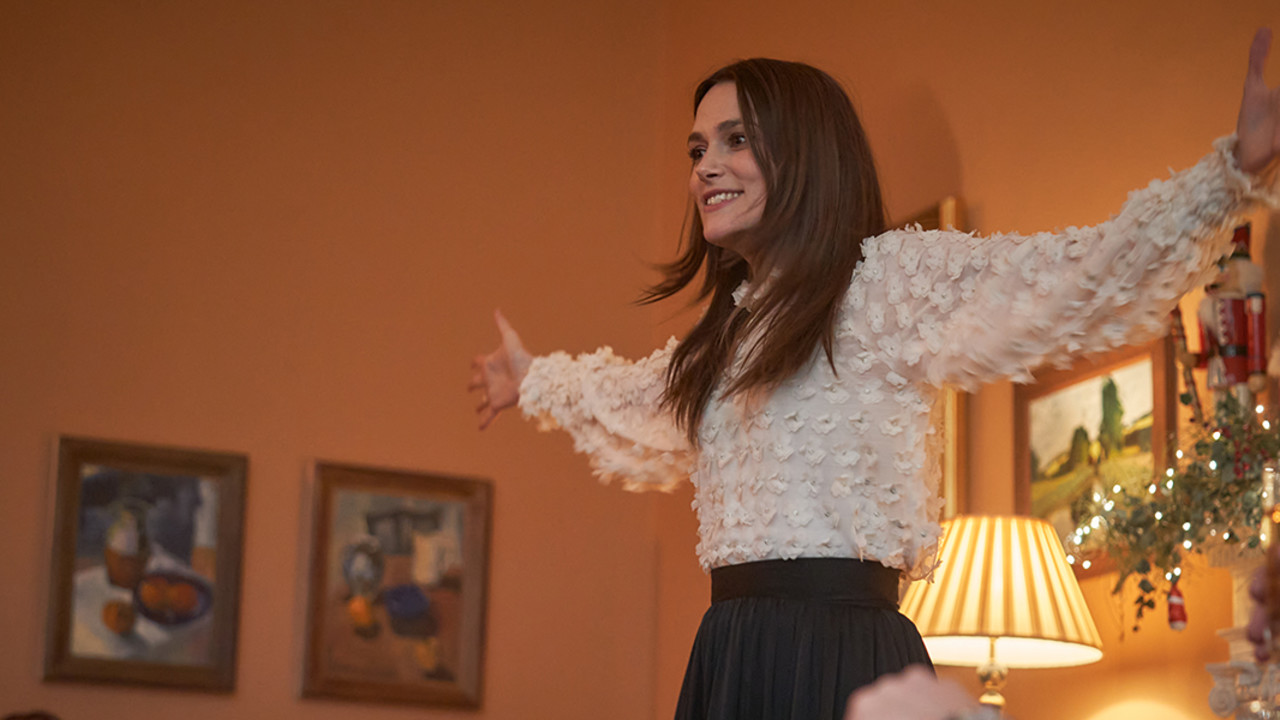 A cozy house in the English countryside. The tree has been lovingly decorated. A grand feast is being prepared. Over the sound system, Michael Bublé croons about holiday sweaters. Nell (Oscar nominee Keira Knightley), Simon (Matthew Goode), and their boy Art (Roman Griffin Davis, star of the TIFF ’19 Grolsch People’s Choice Award winner Jojo Rabbit) are ready to welcome friends and family for what promises to be a perfect Christmas gathering. Perfect except for one thing: everyone is going to die.

A pitch-black comedy rooted in brilliantly conceived characters and wry observations about class and social order, writer-director Camille Griffin’s feature debut merges that most wonderful night of the year with the end of the world as we know it. A poisonous cloud is descending upon the United Kingdom. An extinction event is imminent. YouTube videos display images of people bleeding from the eyes and ears. And yet, even in this hour of ultimate dread, happy announcements are made, disagreements erupt, people dance, and ordinary foibles ensue.