Director Steve Pink’s intimate drama is about a young couple on the brink of divorce, each coping in their own way with their shared past. 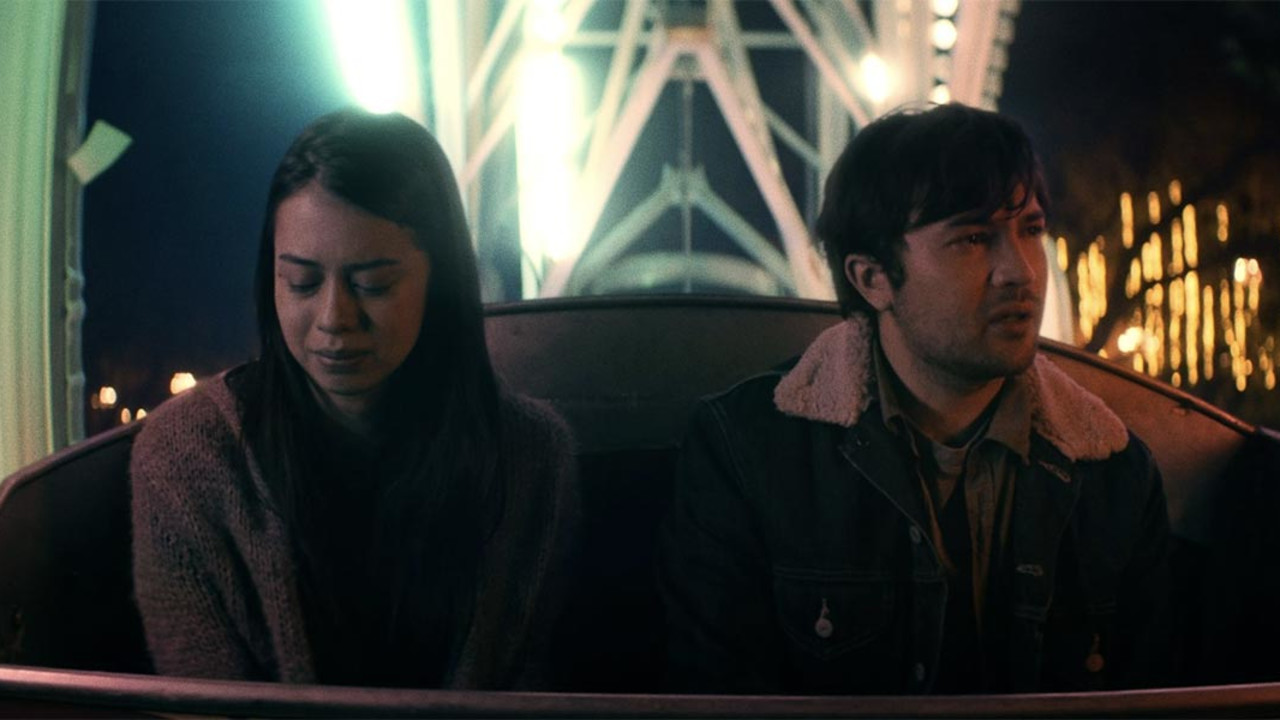 Walker and Albee were thrown together in a children’s group home and quickly became inseparable. When they married at the tender age of 16, Albee was rescued from her rough foster family. It’s now eight years later and they are on the brink of divorce, despite being the only family either of them has ever known. Walker hopes that a mountain Airbnb getaway spent doing the practices in a relationship self-help book will save their floundering union. If only aspiring performer Albee shared his optimism and good intentions.

In a tonal departure from his previous works — he was a screenwriter on Grosse Pointe Blank and High Fidelity, and directed the Hot Tub Time Machine films — Steve Pink crafts an intimate drama in which two traumatized young people navigate how to grow up without growing apart. The Wheel is carried by the raw, vulnerable performances of Amber Midthunder (Albee) and Taylor Gray (Walker), and deftly supported by Nelson Lee (I Was a Simple Man) and Bethany Anne Lind (Ozark) as newly engaged Airbnb hosts Ben and Carly.

Albee’s behaviour becomes increasingly alienating over the weekend; she mocks their hosts and the rental’s affected pastoralism while making scathing public dissections of Walker’s personality. Walker must decide if Albee’s vicious performance belies a desire to merely shake him out of his rose-coloured view of her or to completely sever the ties that bind. Meanwhile, Ben and Carly are drawn into the younger couple’s personal drama and attempt to intervene in ways that create, or perhaps reveal, the fissures in their own relationship.