A celebrated author’s career detonates after his vicious online alter-ego is exposed, in Laurent Cantet’s drama about the precarity of being both French and Arab in modern Paris. 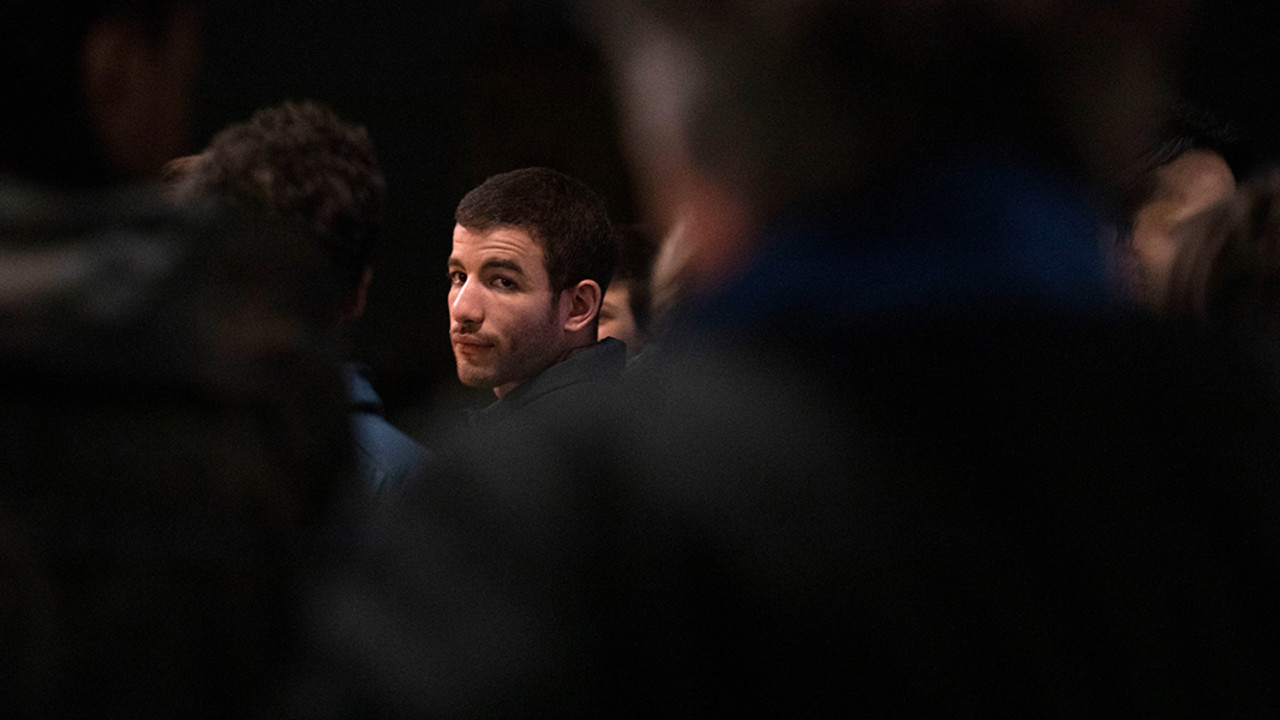 Laurent Cantet excels at finding complex, human stories that reveal the inner workings of France’s institutions. He explored the workplace in Human Resources and education in The Workshop and The Class, for which he won the Palme d’Or at Cannes. In Arthur Rambo, it’s the media’s turn.

Rabah Nait Oufella, who was a teenager when he acted in The Class, plays Karim D., a confident French author riding fresh success with a new book, Débarquement. A rare Arab rising star in Paris’s intellectual hothouse, his social life shunts between glittering literary cocktails and hanging with his old friends from the suburbs. But when Karim’s teenage online identity as Arthur Rambo is revealed, the two worlds collide. Where Karim is now a nuanced author, “Arthur Rambo” was profane and blindly provocative, tweeting out broadsides that included homophobic and antisemitic “jokes” to get a rise out of bourgeois France. He soon learns that the internet is forever.

Drawing on a real cause célèbre, Cantet propels the narrative forward in typically brisk fashion, exposing the fork in the road Karim now faces. His publisher races to control the damage, forcing this formerly perfect model of contemporary, diverse France to distance himself from his social media past. His friends and family wonder how far he’ll go to save his career. In a series of sharply dramatized scenes, Cantet crafts a layered moral drama about the precarity of being both French and Arab, outsider and establishment, angry and acceptable in France today.