Canadian power-rock hitmakers Triumph revisit their ’80s heyday and prepare to meet devotees in this doc from Sam Dunn and Marc Ricciardelli. 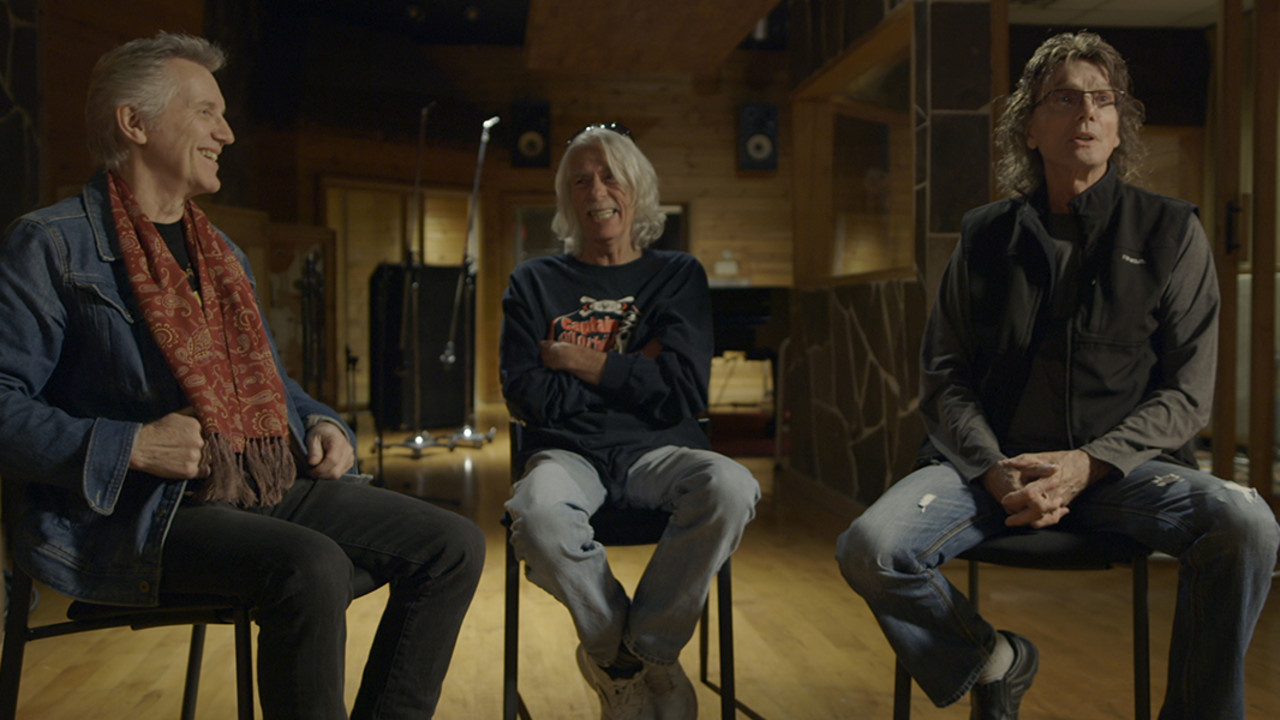 “Overkill has always been one of my philosophies.” So says Gil Moore, a founding member of Triumph, the Canadian rock band that announced its guitar-god ambition right there in its name. During a run from the late 1970s through the ’80s, drummer-singer Moore, singer-guitarist Rik Emmett, and bassist-keyboardist Mike Levine dropped hits like “Lay It On the Line,” “Hold On,” and “Magic Power,” which defined an era of muscle cars, tight jeans, and the anthemic yearnings of Canadian youth.

But something about Triumph’s sound generated a longtime, far-reaching fanbase. Even as the band members went on to new ventures, with Moore running a successful recording studio, where the likes of Prince, David Bowie, Drake, and Katy Perry have recorded, the fans begged for more. Triumph: Rock & Roll Machine chronicles the band’s past rock excess as the trio prepares to meet today’s ultra-fans — and their expectations — at an event staged at Moore’s Metalworks Studios.

Moore brings a sideways, unassuming sense of humour to recalling the band’s rise from modest beginnings. Pulling out one early single, he says, “This one went to number one in Dryden, Ontario.” But Triumph’s soaring, upbeat power rock soon drew legions of fans, taking the band on arena tours across North America right at the height of the genre’s heyday. The Jacksons went to see a Triumph show and immediately hired the band’s lighting crew.

As it builds to the moment when the fans meet their heroes, Triumph: Rock & Roll Machine delivers the enormous pleasure of revisiting a band that made hits, toured tirelessly, and never put themselves above their audience. For a whole generation, Triumph was the definition of that classic Canadian expression: “give’r.”