Oscar-winning filmmaker Eva Orner focuses on devastating fires in Australia and the lack of political will to address climate change. 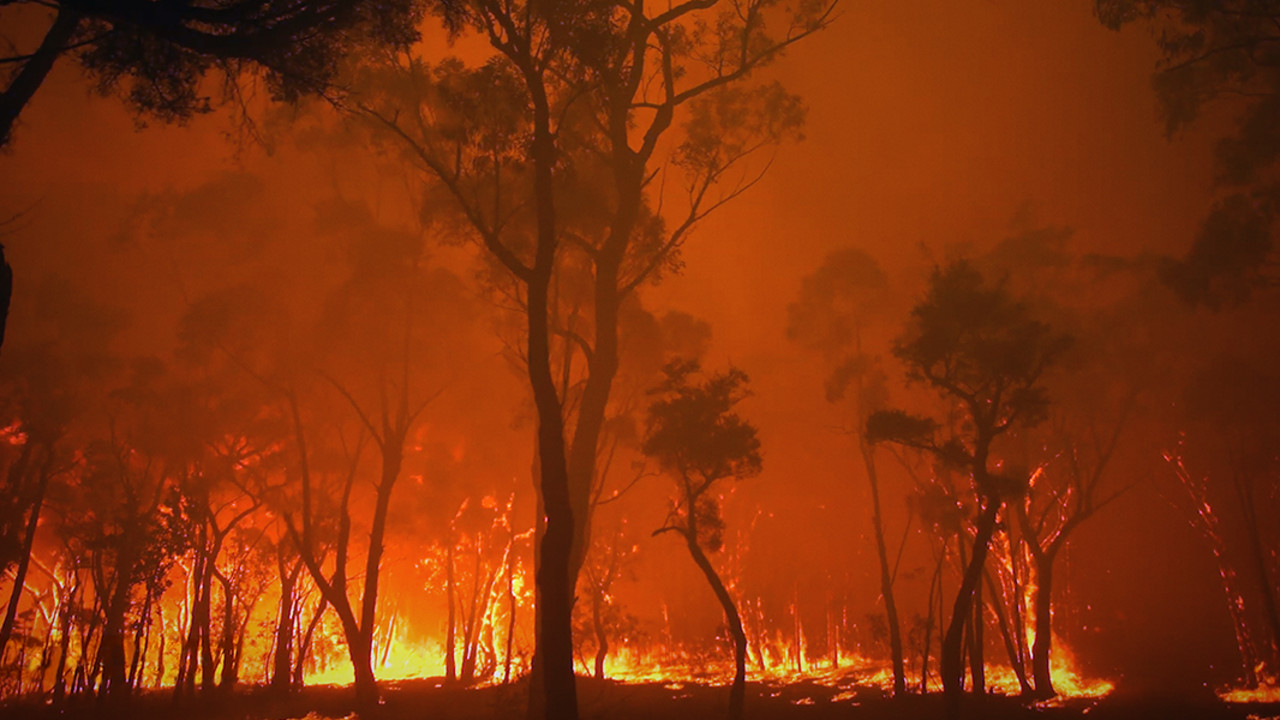 The phrase “set the world on fire” sounds more sinister today when vast parts of the world are actually on fire. Oscar-winning filmmaker Eva Orner (Taxi to the Dark Side) sets out to confront the crisis we can no longer ignore. She focuses on her home country of Australia, but the lessons apply to any country where political will is more focused on fossil fuel consumption than its horrific consequences.

BURNING looks at the “Black Summer” of 2019–2020 when Australia’s bushfires burned 59 million acres, destroying over 5,900 buildings and enveloping Sydney in clouds of smoke. Even by today’s jaded standards, the footage is astonishing, with flames reaching over 200 feet high, creating new weather patterns of pyro-convective storms that shocked the most seasoned fire fighters. Australia is the world’s largest exporter of coal and gas, creating a deeply entrenched power structure that’s slow to respond.

“The world has changed,” says Greg Mullins, the former Fire and Rescue commissioner of New South Wales. The film profiles him along with other figures who have expertise in combating both fires and climate change. Their call to action is contrasted with footage of Prime Minister Scott Morrison and Rupert Murdoch’s conservative commentators who downplay or deny manmade climate change.

Teenage activist Daisy Jeffrey represents the growing international movement of young people pushing back on the status quo. Instead of “setting the world on fire,” they are dedicated to saving our future.