An Afro-sonic sci-fi musical composed by Saul Williams, in which a cosmic romance between an intersex hacker and a coltan miner seeds the revolution. 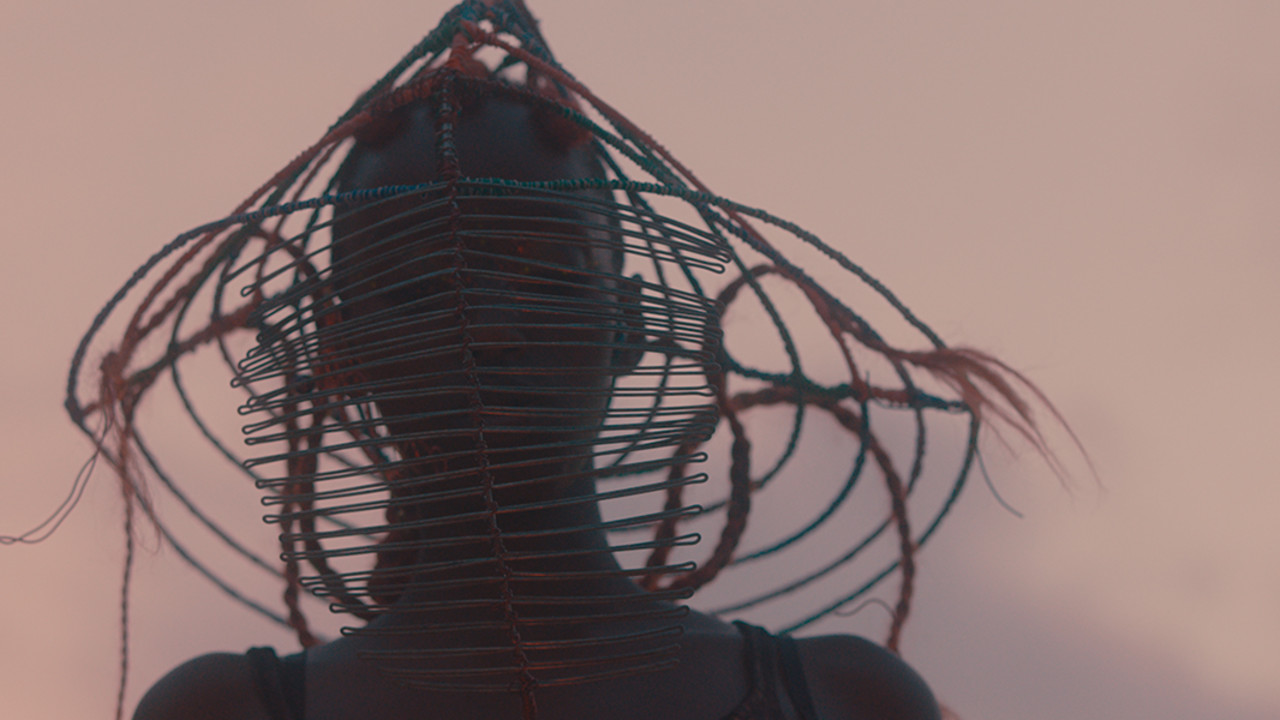 Set in past-, future- and present-day Rwanda, in the afterlife of the nation’s civil war, this transdimensional sci-fi musical, created, written, and composed by Saul Williams and co-directed with Rwandan actor Anisia Uzeyman (TIFF 2016 selection Ayiti Mon Amour) defies easy decipherability. Instead, it offers an Afro-sonic portal into existence, to quote Sun Ra, “on the other side of time.” An adventure into anti-narrative as Black diasporic treatise, Neptune Frost — executive produced by Ottawa-based Cayuga and Mohawk group The Halluci Nation (f.k.a. A Tribe Called Red) — tells of a generation of dreamers escaping the psycho-social wreckage of colonization, genocide, and the residual brutalities of global extractive industries. Together and apart, these dreamers journey over lush green landscapes into digital worlds, unaware of the destination they are being led to, sounding the beat of anti-colonial struggle to connect rhythms of global uprising.

Against the world’s resource-rich, who mine Africa’s land and peoples to power global currency, Rwanda’s university students are in open revolt, demanding “No Authority!” Neptune (played by both Cheryl Isheja and Elvis Ngabo), an intersex hacker fleeing sexual violence, is drawn to their late mother’s home. There they awaken and encounter Matalusa (Bertrand “Kaya Free” Ninteretse), a coltan miner sent on a mission while mourning the murder of his brother. In their love they will find the key encoded.

As the film itself resists the very idea of a beginning and end, it shatters any attempt at summation. Instead, it regenerates through each scene, increasing the scale of its aesthetic opposition at every turn. Williams and Uzeyman outdo themselves in this poetically reflexive expression of sound-message and grounded movement. Put differently: this is cinema as an ecological gift to the dispossessed. Generously creative and unafraid, Neptune Frost is here, now.