Set in northeastern Italy in 1900, Laura Samani’s feature debut follows a grieving mother on a mythopoetic journey to give her stillborn child a name. 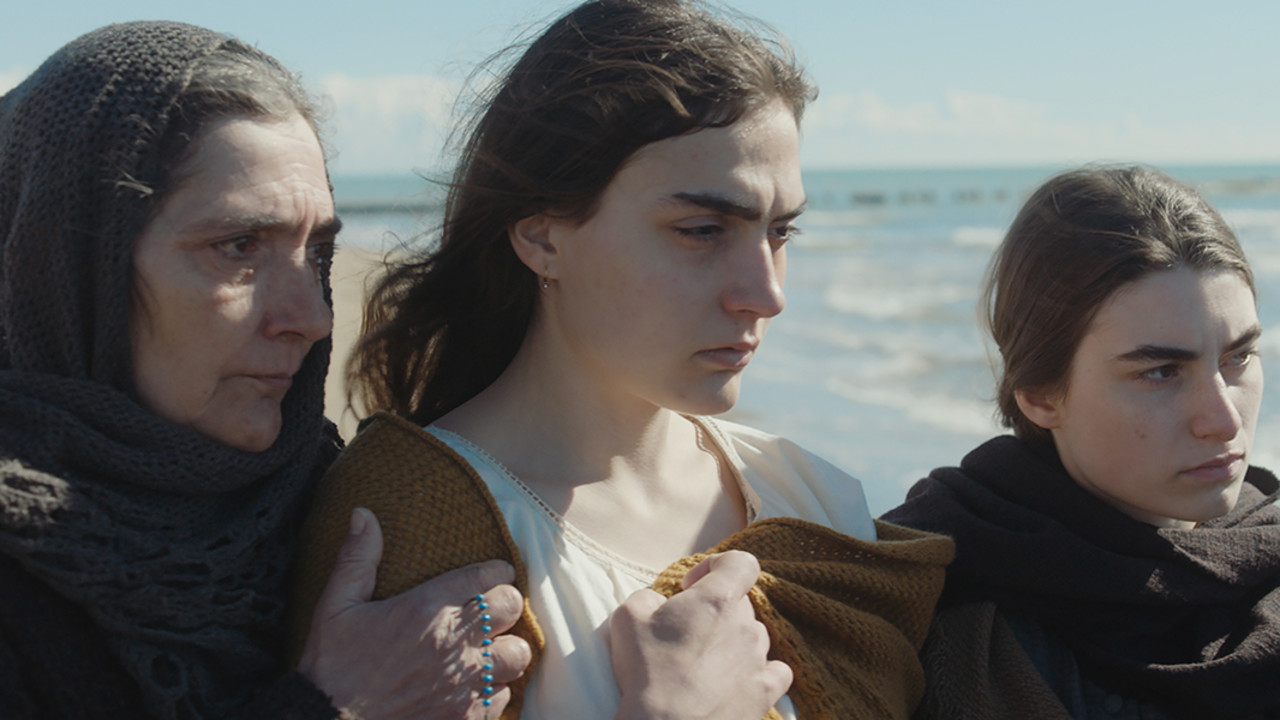 A mythopoetic odyssey of grief, faith, and feminine determination, writer-director Laura Samani’s fiction feature debut transports us to a remote region of northeastern Italy in 1900, where a young woman endures hazardous terrain, inclement weather, and restrictive gender norms to give a name to her stillborn child.

Agata (Celeste Cescutti) was sleeping when her daughter was taken from her and buried in a nearby wood. The priest informs her that stillborn children cannot be named and thus remain unbaptized and destined to wander in limbo. But fellow villagers talk of a distant church where such innocents are resurrected long enough to take a single breath — long enough to be recognized by God and granted entry into heaven.

So Agata exhumes her daughter, leaves her husband and her remote island home, and journeys to the wintry north, alone and without guidance… until she meets Lynx (Ondina Quadri), a feral thief with pale, hard eyes, knowledge of Agata’s destination, and a scavenger’s intuition. Together, Agata and Lynx contend with kidnappers, bandits, and forbidding superstitions en route to a destination that may or may not exist.

Inspired by reports of miracles performed at a Catholic sanctuary in Friuli Venezia Giulia, Samani has crafted a small-scale epic, following her single-minded heroine — still recovering from having given birth — across sea and mountains. Samani’s leads provide fierce, immersive performances, while Mitja Ličen’s handheld cinematography possesses a rough beauty and immediacy that mirrors the film’s landscapes and absence of modern amenities.

This is independent filmmaking at its most bold, resourceful, and philosophically ambitious, bridging the gulf that separates the material and the spiritual.