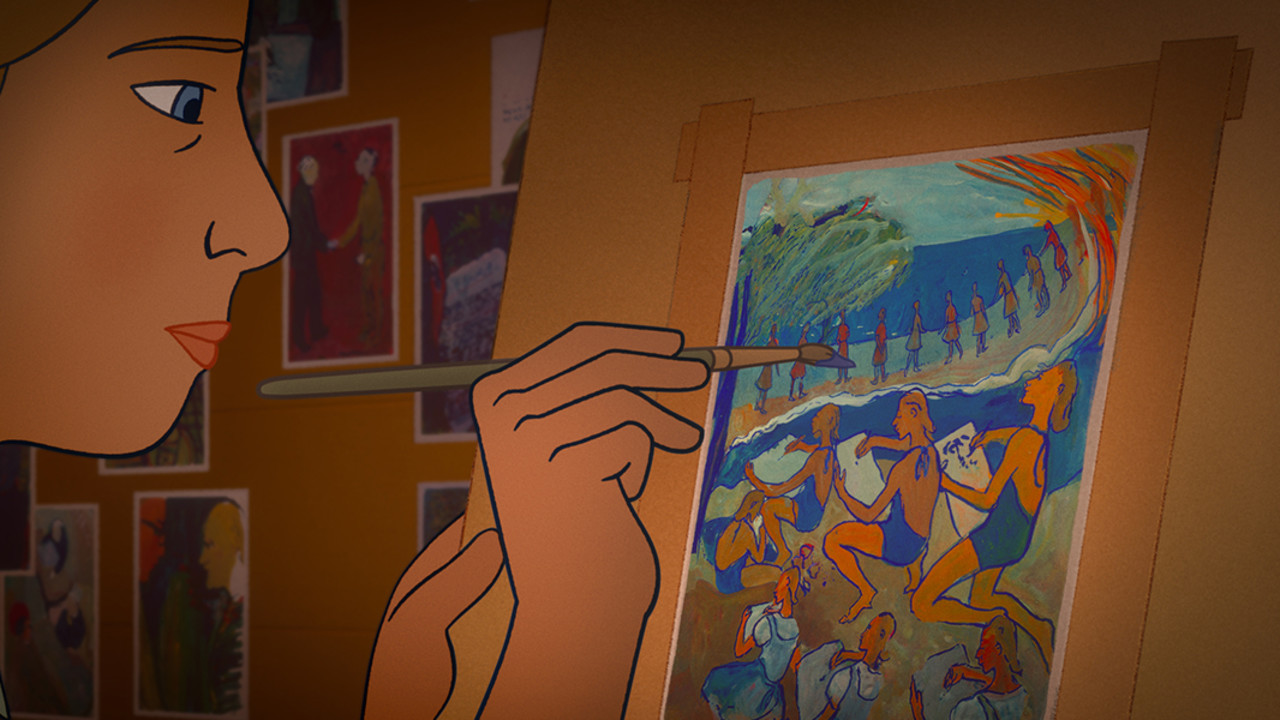 This stunning animated drama brings to life the remarkable true story of Charlotte Salomon, an enigmatic young German Jewish painter who created a sprawling masterpiece in the face of both private turmoil and sweeping global cataclysm.

Born into a wealthy but troubled family in Berlin, Charlotte is preternaturally gifted, with a wild imagination and grand ambitions. In 1933, at age 16, she sees her dreams dashed. The antisemitic laws and violent mobs of the Nazis, who have seized power in Germany, force her out of school and later spur her to leave for the South of France, where, despite relative and temporary safety, life for Charlotte becomes increasingly difficult. Struggling to comprehend — and come to terms with — both a traumatic past and present, she sets out to paint her autobiography. Within 18 months, Charlotte completes nearly a thousand gouaches depicting the lives of everyone near and dear to her. By the time of her death at Auschwitz, aged 26, she’d left behind her extraordinary expressionist “Song-play”: Life? or Theatre?

Featuring the voice of Keira Knightley as Charlotte, this is a heartbreaking tale of overcoming family hardship during a horrific time. With stunning artistry, Canadian directors Eric Warin and Tahir Rana bring justice to their subject’s work and deliver a powerful story of determination.