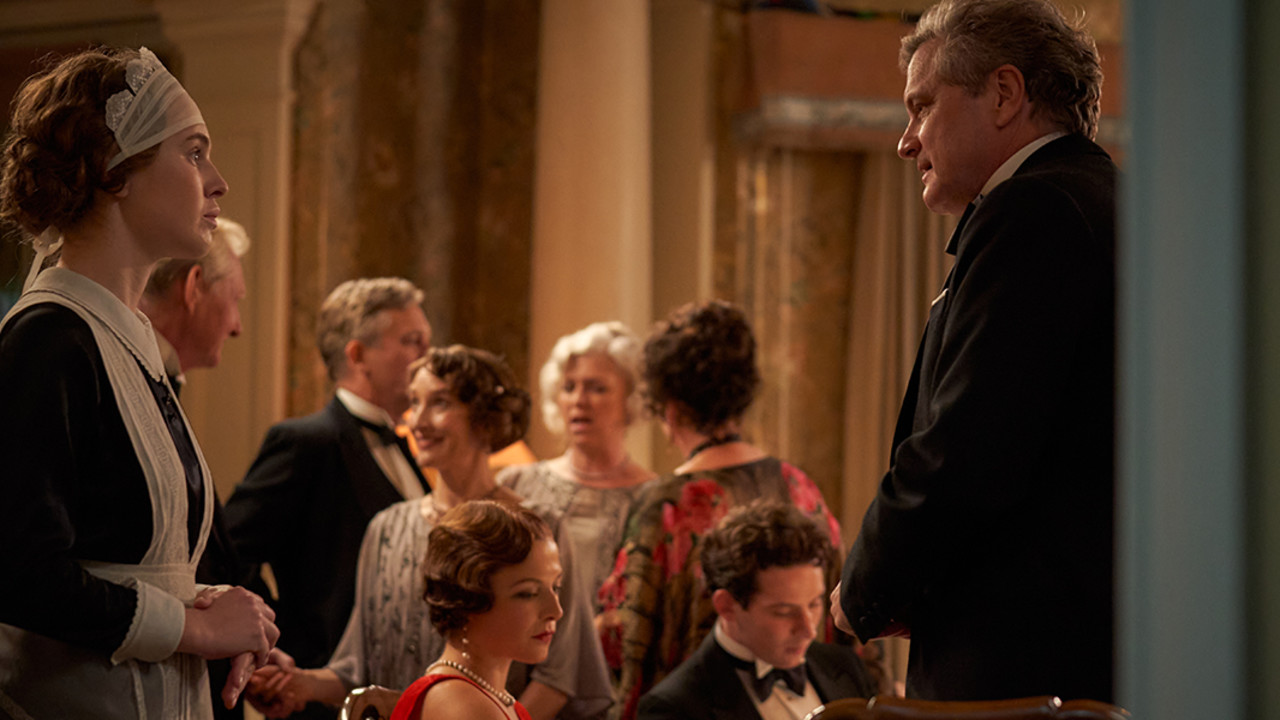 Jane (Young) works as a maid for the Nivens (Colman and Firth), an aging home counties couple who, like so many other families, lost their sons on the battlefields of the First World War. Jane is having a secret affair with Paul (O’Connor), son of the Nivens’ neighbours, the Sheringhams. Paul is the only member of his peer group to return from the front, a status that has left him with a powerful dose of survivor’s guilt and a weighty sense of duty to his family, who expects him to pursue a legal career and marry a woman of his station — which is to say, not the likes of Jane.

On Mothering Sunday, her day off, Jane trysts with Paul at his house while his parents are away. There is a sense of quiet idyll to their stolen hours of lovemaking and Jane’s gentle exploration of this world of wealth and prestige. Yet a double shadow hangs over this precious day, arising from the horrors of the recent past and the disappointments and sacrifices looming in the pair’s future.

Scripted by Alice Birch (TIFF ’16 world premiere Lady Macbeth) and directed by Eva Husson (TIFF ’18’s Girls of the Sun), Mothering Sunday draws us into Jane and Paul’s rendezvous, vividly evoking both its sensuous peaks and sobering undercurrents before zooming ahead into a future time when all this can be placed in perspective.