Jake Gyllenhaal stars in Antoine Fuqua’s thriller set over the course of a single morning in a 911 dispatch centre. 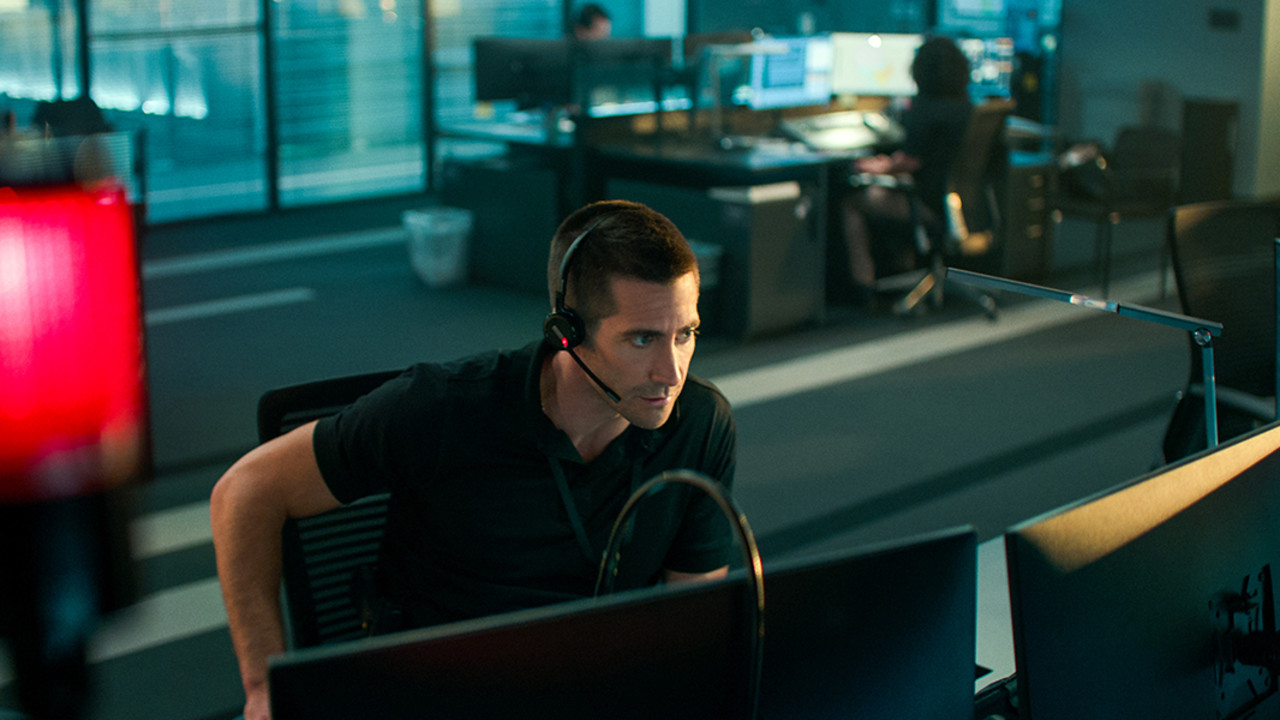 Versatile action auteur Antoine Fuqua (Training Day, screening at the Festival as part of TIFF Rewind) reunites with his Southpaw star Jake Gyllenhaal in this riveting film about an emergency responder’s desperate race to save a distressed caller. Unfolding in real time within the confines of a frenetic 911 dispatch centre, Fuqua’s The Guilty delivers on its high-concept premise, channelled through another powerhouse performance from Gyllenhaal.

As a wildfire rages towards Los Angeles, embittered police officer Joe Bayler (Gyllenhaal) winds down a chaotic but tedious shift answering emergency calls — a punitive demotion he received ahead of an imminent disciplinary hearing. His ennui is soon interrupted by a cryptic call from a woman (Riley Keough) who appears to be attempting to call her child, but is in fact discreetly reporting her own abduction. Working with the meagre clues she is able to provide, Joe throws all his skill and intuition towards ensuring her safety, but as the severity of the crime comes to light, Joe’s own psychological state begins to fray and he is forced to reconcile with demons of his own.

Every tense moment plays out on Gyllenhaal’s face, as he spars with a dynamic ensemble of voices in his headset, including those of Ethan Hawke, Peter Sarsgaard, and Paul Dano. Building off a script from True Detective creator-writer Nic Pizzolatto, Fuqua and cinematographer Maz Makhani crosscut the white-knuckle drama with a montage of monitors broadcasting the apocalyptic inferno outside; a surreal, but all too familiar reflection of our mad world.