Link and his brother flee their abusive father and embark on a journey where Link discovers his sexuality and rediscovers his Mi’kmaw heritage. 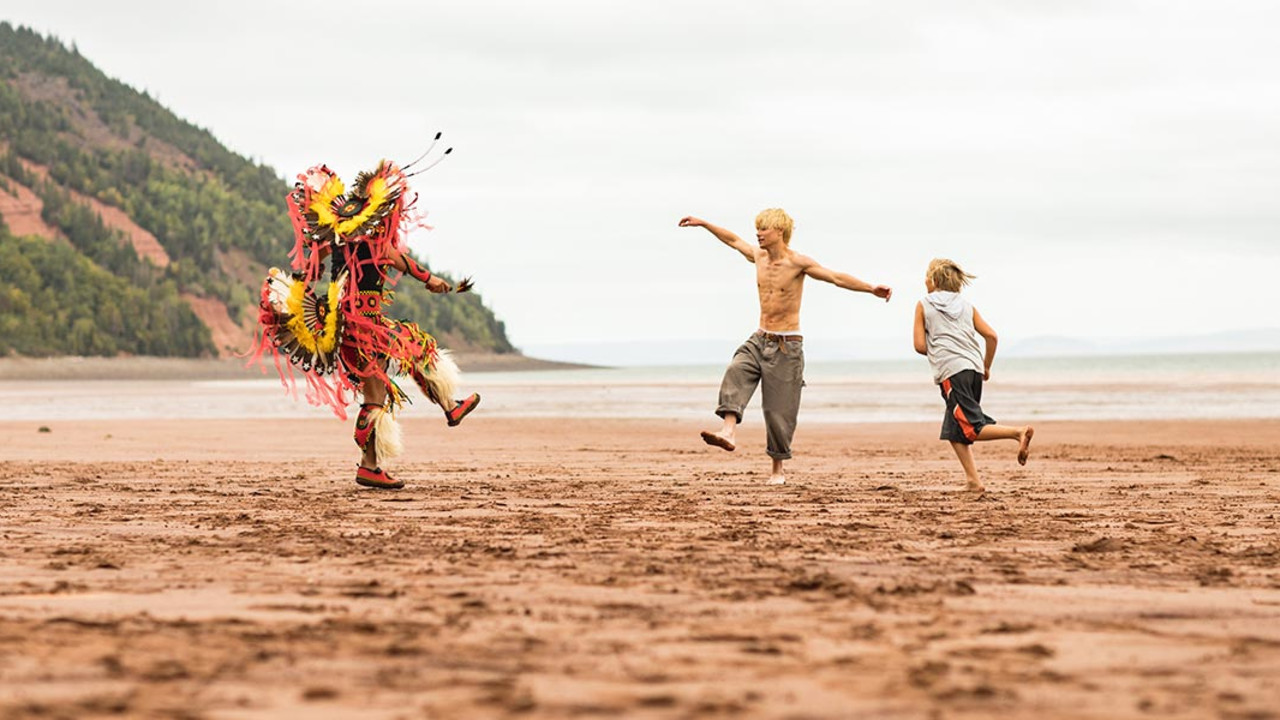 Two-spirit Mi’kmaw teenager Link (Phillip Lewitski) is just discovering — and asserting — his sexuality when his already volatile home life goes off the rails. His abusive father Arvin explodes after the cops bust Link and his half-brother Travis (Avery Winters-Anthony) for stealing scrap metal. When he finds out that his supposedly dead mother Sarah may be alive, Link sets fire to Arvin’s truck and flees with Travis. Sparks fly in a chance encounter with teen drifter Pasmay (Joshua Odjick), who shares Link’s Indigenous roots and offers to help find Sarah — but will Link’s (well-founded) mistrust of people ruin his potential new relationship and the group’s mission?

Riffing off the road-movie genre, director Bretten Hannam charts Link’s growing self-awareness, which is deeply connected to the (re)discovery of his heritage. It’s been a while since a movie has fully relished in the bucolic Eastern Canada countryside. The landscape (Annapolis Valley in traditional Mi’kmaq territory) offers succour to Link and Travis — and opens them up to a very different world.

Wildhood will elicit comparisons to recent Canadian titles like Firecrackers and Sleeping Giant, but the protagonists in those films were constrained by their age and limited choices. While Link and Travis aren’t free from danger, heartbreak, or disappointment, their lives are increasingly defined by possibility.

Wildhood is an accomplished film driven by Hannam’s direction and writing, fine craft (cinematographer Guy Godfree stands out especially), skilled veterans like Michael Greyeyes (in a brief but pivotal role), and some amazing young performers — and its equation of the road with the possibility of freedom couldn’t have come at a better time.