A young revolutionary and a runaway bride struggle for forbidden freedoms, in Amil Shivji’s adaptation of Adam Shafi’s Swahili novel. 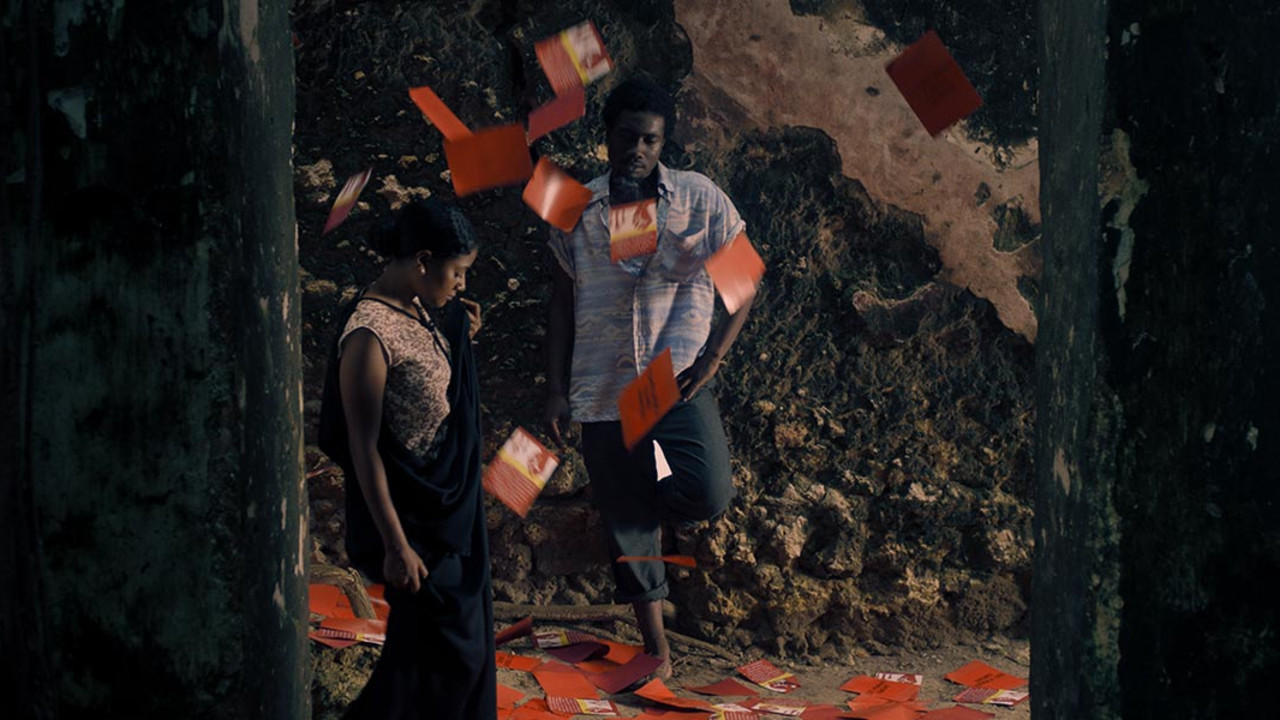 In this adaptation of Adam Shafi’s award-winning Swahili novel, set in 1950s Zanzibar, a romance is buffeted by the harsh waves of British rule and the local militant struggle for liberation.

On the shores of the centuries-old trade port in the Indian Ocean’s “Spice Islands” — under British protectorate control and overseen by the Sultan of Oman — Denge, a young Mswahili revolutionary, fights for a free Zanzibar. Slipping past unrelenting colonial police through the tight alleys and crumbling walls of a segregated Stone Town, “De” (Gudrun Columbus Mwanyika) and his comrades import socialist pamphlets and distribute Swahili translations across the island, staging revolts in dance halls and expat clubs to demand political autonomy. De dreams of nothing else until he meets Yasmin (Ikhlas Gafur Vora), a young Indian-Zanzibari woman seeking her own forbidden freedoms who does not expect to be intrigued by De’s mystery. After running away from her arranged marriage, Yasmin is reacquainted with her home through De’s eyes and through her generous friend, Mwajuma (played by Zanzibari musician Siti Amina). Together, the three venture across communities that are separated by arbitrary British racial categories but deeply blended at the level of culture and rhythm.

Reminiscent of an anti-colonial In the Mood for Love, distinguished as one of the few films ever shot on the island of Zanzibar, and the first Tanzanian feature film to ever play at the Festival, Amil Shivji‘s latest captures the unique historic tensions of an indelibly important time and space. Taking place less than a generation after the close of the East African slave trade, of which Zanzibar was a central hub, this period piece looks ahead to the end of half a century of colonial rule over the archipelago. Shafi’s renowned novel itself is taught in high schools across Tanzania, and now a new generation of lovers have Tug of War to inspire their dreams for better futures.