A wistful and sunny antidote to lockdown blues, Maureen Fazendeiro and Miguel Gomes’s infectious summer tale blurs the line between cinema and life. 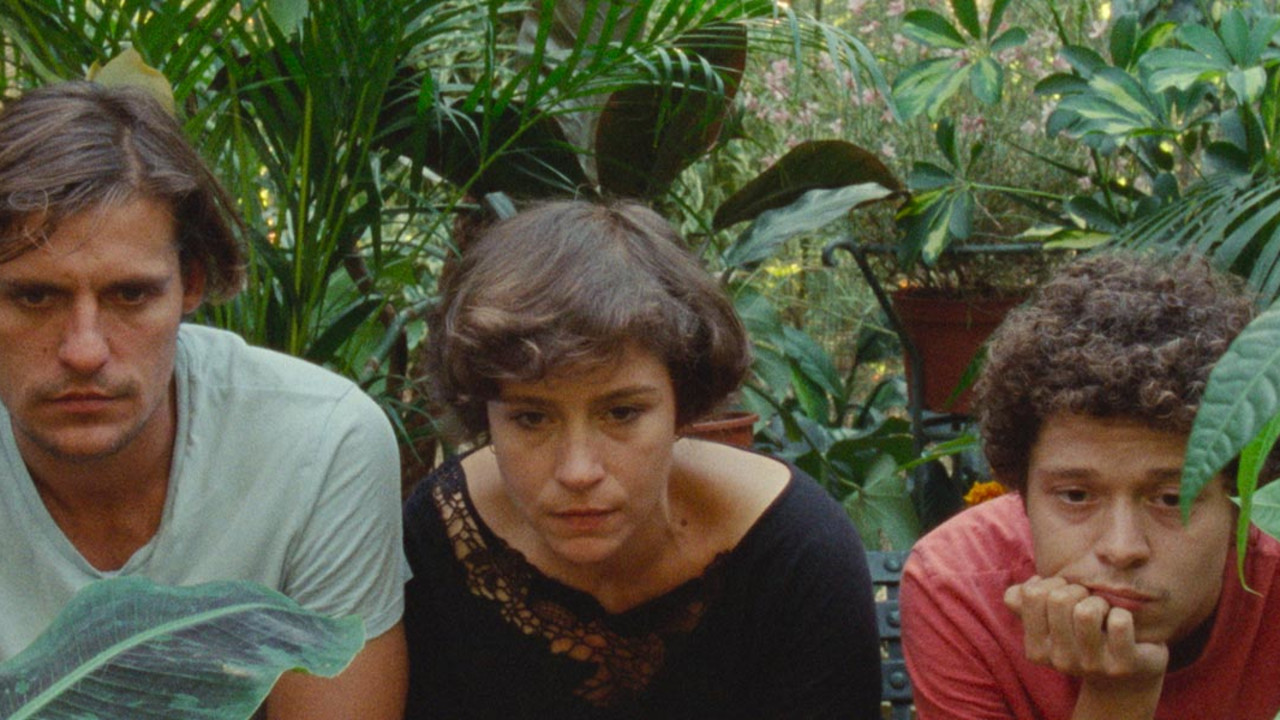 Cinema has always been inextricable from paradoxical notions of time, unfolding in a present that is already past, so it’s unsurprising that in the last year artists have been keen to exploit and rupture the locked loop of endless days in quarantine. Such is the case with The Tsugua Diaries — a wistful antidote to isolation — produced with modest means and unsuspecting rigour by co-directors Maureen Fazendeiro (Black Sun) and Miguel Gomes (Arabian Nights) alongside a group of collaborators during Portugal’s lockdown in August 2020.

Shot on 16mm in sun-soaked Sintra, where it observes the daily lives of central characters Crista (Crista Alfaiate), Carloto (Carloto Cotta), and João (João Nunes Monteiro), Tsugua shares the improvisational and hybrid nature of Gomes’s celebrated 2008 feature Our Beloved Month of August. Throughout the film, the three friends pass their time in a spacious farmhouse where the dog days of summer are filled with dancing, chores, disturbed sleep patterns, building projects, the sound of cicadas, flirtations, a decaying quince (a nod to Victor Erice?), and a number of actual pups.

It eventually becomes clear, however (if the title hadn’t given it away already!), that this diary of the trio’s month is unfolding in reverse and, as the film progresses, we near its origin, revealing cinema as a form of life and love to combat darkness and solitude. The Tsugua Diaries is a hangout film in the process of being at once made and unmade, where the line between life and cinema is enchantingly hazy. While it may have begun as an “in between” project, it succeeds as a triumph of the imagination and is one of the most restorative films of the year.