A gang of young women in Brazil try to control everything around them, including other women, in this genre-hopping film about internalized misogyny. 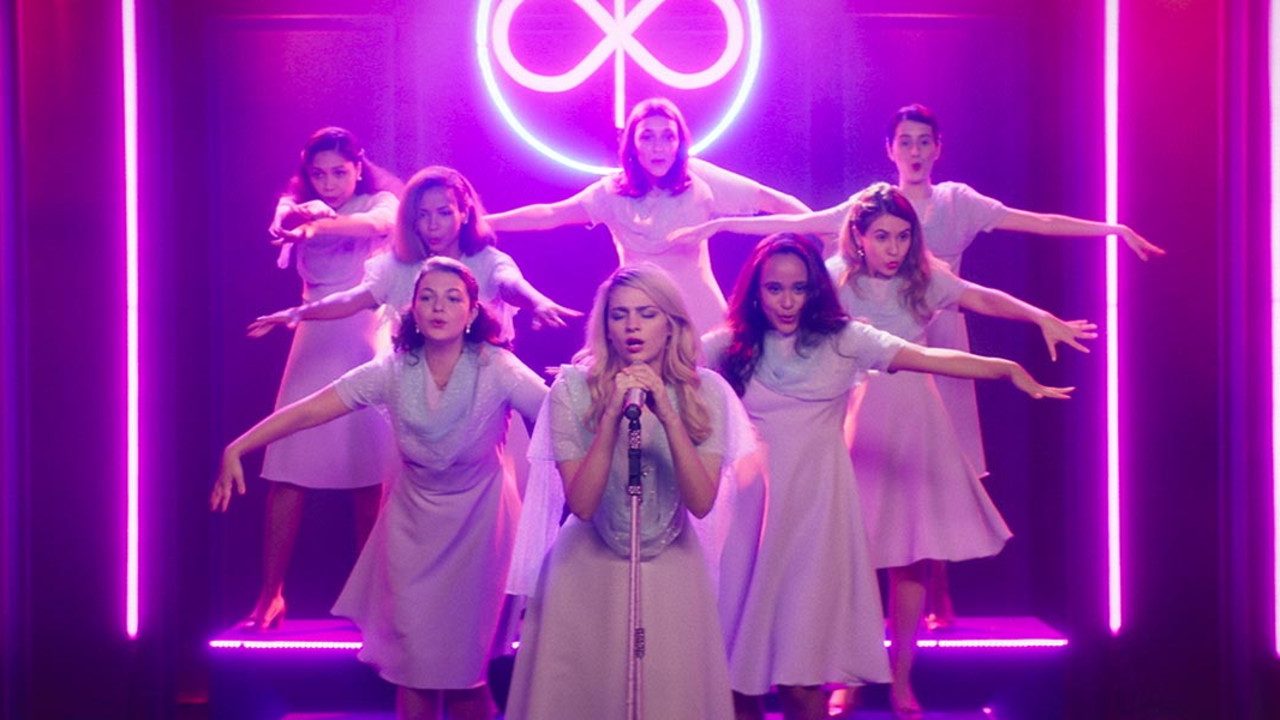 The unexpected rise of radical Christian factions in Brazil prompted writer-director Anita Rocha da Silveira to start working on the ideas behind her new feature, in which religion, politics, and violence — the mythological and the all-too-real — converge. Medusa centres on a gang of fanatic young women who beat up and “convert” other women they deem too sinful. Mariana and Michele, two of the “treasures” of their church’s congregation, go to great lengths to prove to themselves and the world that their path is the right one. However, they end up discovering — not without pain — that the only way for them to be their truest selves is to break free from their hypocritical clique’s tight control of their minds and bodies.

Silveira’s chromatic, highly stylized take on horror draws freely from such classics as Dario Argento’s Suspiria, with a fittingly moody soundtrack — but Silveira is bold enough to play with genres and get into Lynchian territory, with comedic moments that add some lightheartedness to the heady material.

Mesmerizing and cathartic, Medusa takes us back to Caravaggio’s famous depiction of the Gorgon, whose frozen scream is tellingly interpreted by the director as “not scared or terrified” but “pissed.” The rage these women unleash is ancient and powerful, and it is a pleasure to see them run away with it.