Romanian auteur Radu Muntean’s latest is an incisive, mordant, and suspenseful drama about the limits of generosity, as a trio of volunteers delivering relief to a remote village are led on a detour by a stranger. 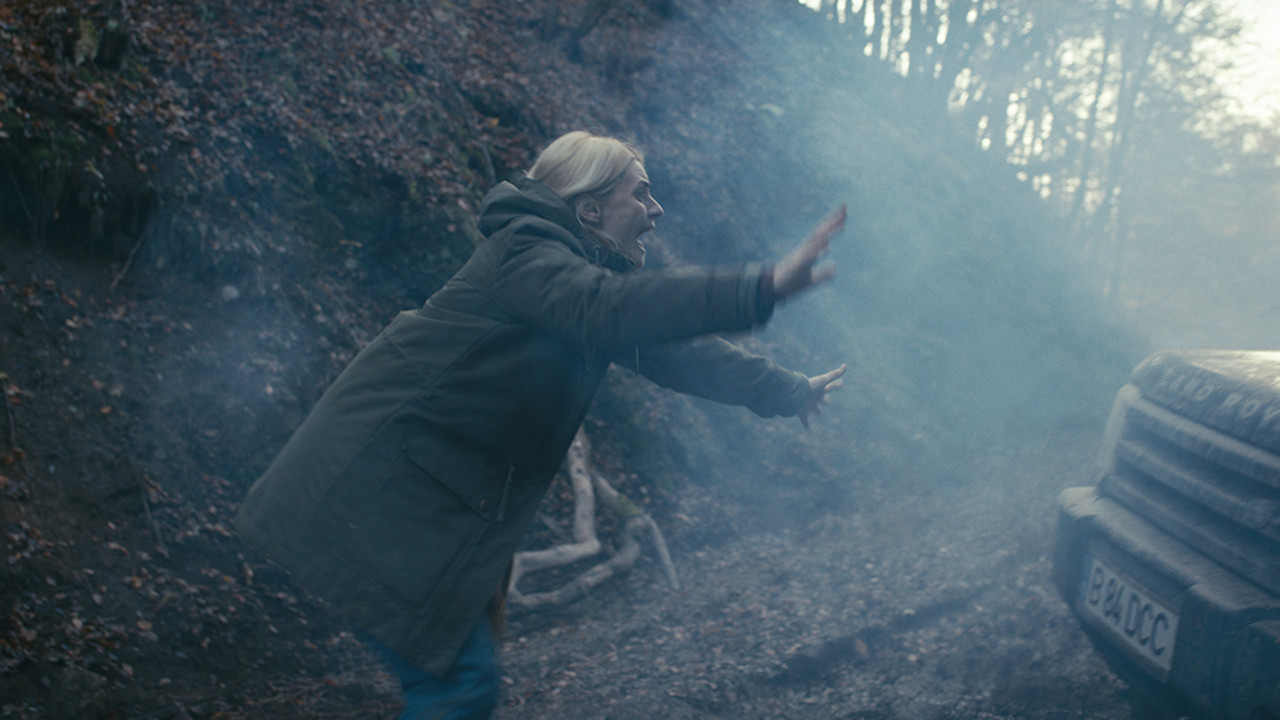 To be lacking in empathy commonly suggests pathology of some kind, especially in such an unjust world, but are good deeds towards others always altruistic? In his seventh feature film, Romanian auteur Radu Muntean (TIFF ’15 selection One Floor Below) explores the vicissitudes and limits of generosity with a trenchant and suspenseful drama in which three volunteers head into the mountains to deliver humanitarian aid to the inhabitants of remote Transylvanian villages.

Maria (Maria Popistașu), Dan (Alex Bogdan), and Ilinca (Ilona Brezoianu) are engaging casually in witty repartee as they wind through the muddy roads in their SUV, en route to the town of Întregalde, when they encounter an elderly man. Kente (astounding non-professional actor Luca Sabin) — restless and chatty — asks for a lift to a nearby sawmill. Thereafter, the film follows an unexpected, perilous path as Kente proves to be unreliable with his directions and recollections, and his refusal to remain with the group — sheltered from the bitter cold — sets off a moral quandary that will test the bounds of Maria, Dan, and Ilinca’s empathy, as well as their stamina for misadventure, especially as night falls.

Masterfully told with finely calibrated tension and mordant humour, Întregalde is disconcerting in its candour as it reflects society’s tendency toward performative philanthropy, and explores the gulf between two worlds while abstaining from judgment. Its camera alert to each subtle modulation in a constantly shifting dynamic not only between people, but also between humans and the unpredictable landscape, the film harbours a Beckettian sense of time in which the characters are confronted with being good Samaritans even in the least advantageous moments.