A 14-year-old girl in 1948 Palestine watches from a locked cellar as catastrophe consumes her home, in this bold debut from Darin J. Sallam. 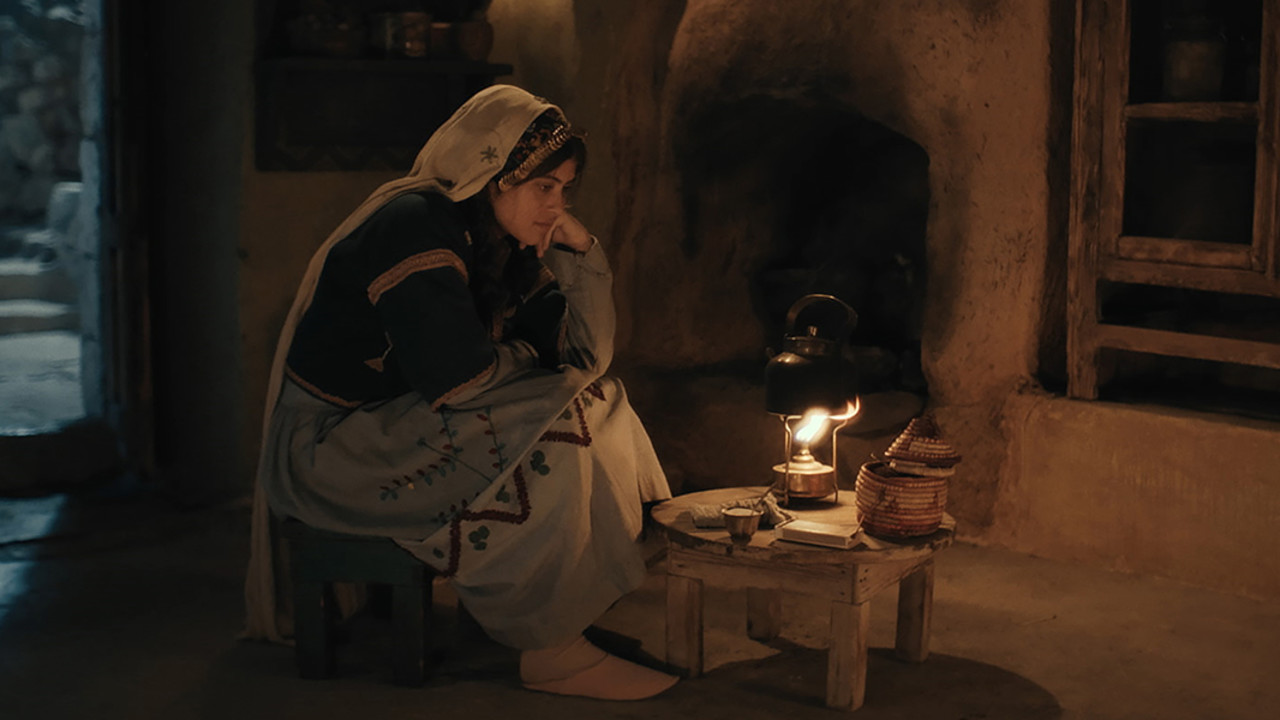 Fourteen-year-old Farha dreams of attending school in the city with her best friend Farida, but she knows that, as the daughter of the mukhtar (the head of the village, played by Ashraf Barhom), she is in for an uphill battle against tradition. Girls Farha’s age are expected to marry.

It’s 1948, and British control over Palestine is coming to an end. What Farha and her father do not yet know is that forced displacements are already happening across the region. When Israeli bombs reach their village, Farha’s father locks her in the cellar of their home, promising to return as soon as he can. While Farha waits and watches through the cracks, the village she was so excited to leave is transformed to ruin, threatening an end to the future she had planned and leaving only trace memories in its wake.

A dauntless and compelling feature debut by Jordanian filmmaker Darin J. Sallam, Farha captures both the isolating terrors of war and the lingering beauty that can colour recollections of dispossession — a mental record of the last laugh shared, the faint smell of freedom before the void of exile. An impressive lead performance from newcomer Karam Taher punctuates catastrophic loss with uncompromising determination.

In this remarkable and devastating story, Sallam’s resonant directorial voice presents a penetrating perspective on the Nakba and returns the gaze to a cultural legacy in the midst of a global resurgence.