From Indonesian auteur Edwin and novelist Eka Kurniawan comes this offbeat martial-arts romance between an impotent brawler and a mafia bodyguard. 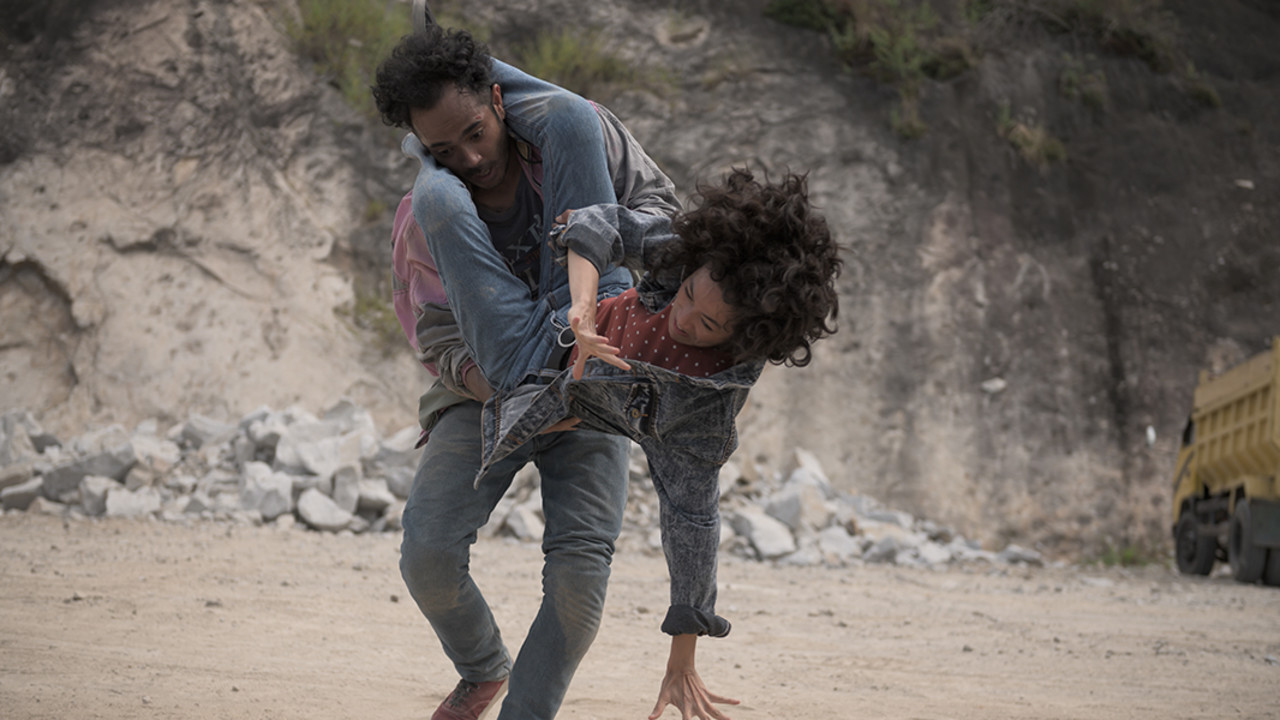 Vengeance is Mine, All Others Pay Cash

Vanguard of the Indonesian New Wave, Edwin (Blind Pig Who Wants to Fly, Postcards from the Zoo) breaks from his arthouse sensibilities with a genre potpourri of martial arts, hardboiled crime, and soppy yet endearingly sweet romance. Based on Eka Kurniawan’s acclaimed novel, its terrific title an ode to exploitation literature and cinema, Vengeance… nails the aesthetics of its ’70s and ’80s forebears with its vibrant 16mm photography and retro score as it unravels the melodramatic misadventures of Ajo Kawir (Marthino Lio), a street fighter for hire who fears nothing but his own shameful impotence.

Despite his “hibernating bird,” blood still flows through Ajo’s heart and it begins to beat for the bodyguard of his latest target, the beautiful and badass Iteung (Ladya Cheryl). After a riotous rumble, the two brawlers fall hopelessly in love, but their happiness is threatened by their respective libidinal needs and anxieties; not to mention Ajo’s ill-advised procrastination in assassinating a notorious gangster, as well as the jealous intervention of an unscrupulous Iteung admirer. Violence, tenderness, eroticism, and, eventually, even a full-blown ghost story ensue from there — and all with a humorous deadpan that Edwin effectively transposes from screenwriter Kurniawan’s stylish prose, whose novel drew critical comparisons to Haruki Murakami and Quentin Tarantino.

Less stylized is the action, which Edwin firmly grounds in entertaining but deliberately more minimalist choreography than seen in most of Indonesia’s contemporary fight flicks. Nonetheless, even the most ardent martial arts aficionado will come away smitten by Cheryl’s Iteung. An Edwin regular, she charms with robust athleticism and winning charisma (plus an impeccable perm) worthy of a spot in the pantheon of martial arts heroines.