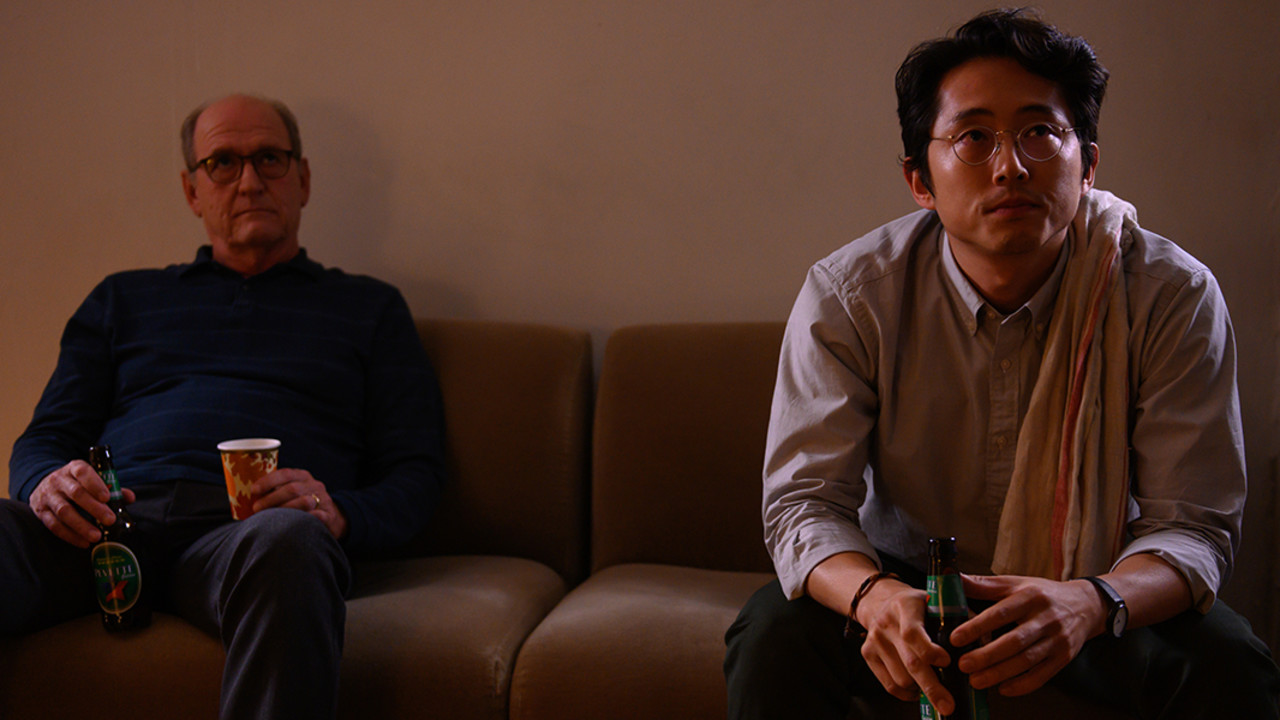 An adaptation of his own Tony-winning play, Stephen Karam’s directorial debut is a Thanksgiving dinner invitation you won’t want to turn down. Featuring poignant, funny, lived-in performances from an impeccable ensemble — Amy Schumer, Beanie Feldstein (TIFF ’19’s How to Build a Girl), Jayne Houdyshell (Little Women), and Oscar nominees Richard Jenkins, Steven Yeun, and June Squibb — The Humans tracks the emotional intricacies of a working-class family bound by tradition, contention, and unshakable loyalties.

Brigid Blake (Feldstein) and her boyfriend Richard (Yeun) have just moved into a rundown duplex in Manhattan’s Chinatown. Before they’ve had a chance to settle in, Brigid’s parents Erik (Jenkins) and Deirdre (Houdyshell), along with Erik’s Alzheimer’s-afflicted mother (Squibb), arrive from her hometown to celebrate Thanksgiving, as does Brigid’s big sister Aimee (Schumer), who lives in Philadelphia. As the evening proceeds, the almost pathologically polite Richard tries to busy himself with meal preparation while the Blakes ease into their habitual teasing. Long-standing grievances are resurrected and difficult announcements are made.

Karam and his collaborators have crafted that rarest of things: a stage-to-screen adaptation at once anchored in the intimate group dynamics of theatre and infused with the inventiveness and attention to detail that is fundamentally cinematic. This is a story about the meaning of togetherness in divisive times: the Blake family disagrees on everything from religion to politics to the value of work, but each understands that their differences make them stronger, and their joys and sorrows are more meaningful for being shared.