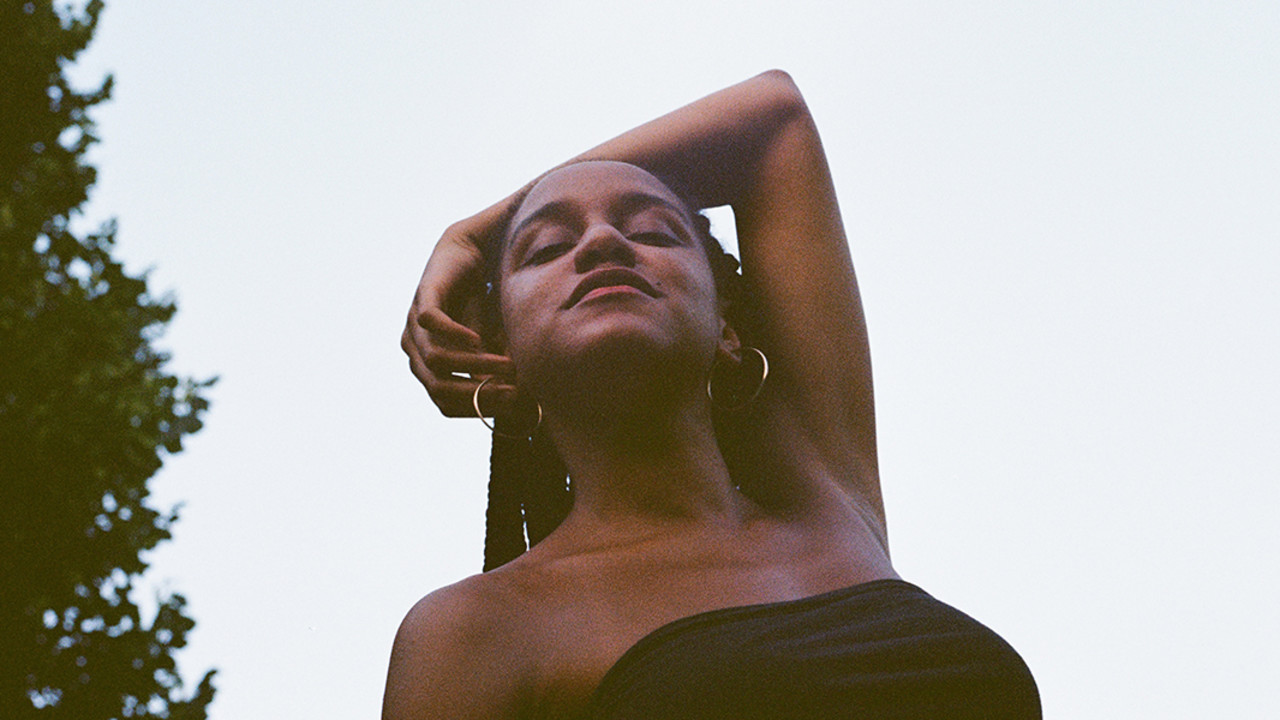 Filmmaker Rebeca Huntt, nicknamed “Beba,” makes a stunning debut with a self-portrait that contains multitudes. At the start, we watch her apply a body mask of mud as she explains, “Every one of us inherits the curses of our ancestors. But we may put an end to this cycle by constantly going to war with ourselves. I’m watching the curses of my family slowly kill us. So I’m going to war… And there will be casualties.”

Race is central to Beba’s story. She carries the ancestry of her dark-skinned Dominican father and light-skinned Venezuelan mother, immigrants who met in New York. Her father rose from poverty into the working class, moving his family into “the best I could afford” — a rent-controlled one-bedroom apartment. For a family of five, it was a combustible environment of spiky personalities, rage, and rebellion. Huntt probes the psychic wounds that family members inflict on one another, not sparing herself from scrutiny. Gaining admission into Bard College, she pivots between social circles divided by race and class, coming away with potent observations.

Documentary autobiography can easily veer off-track, but Huntt has an artistic self-assurance that belies her young age. She deploys a range of visual techniques, shooting largely on 16mm. The editing layers conversations and music to cover a wide range of emotions. Eight years in the making, the film has attracted an impressive roster of producers who have recognized in Beba the blossoming of a great talent.