In this striking and musically infectious satire, mysterious events in the wake of a freak motorcycle accident sow the seeds of a new religion. 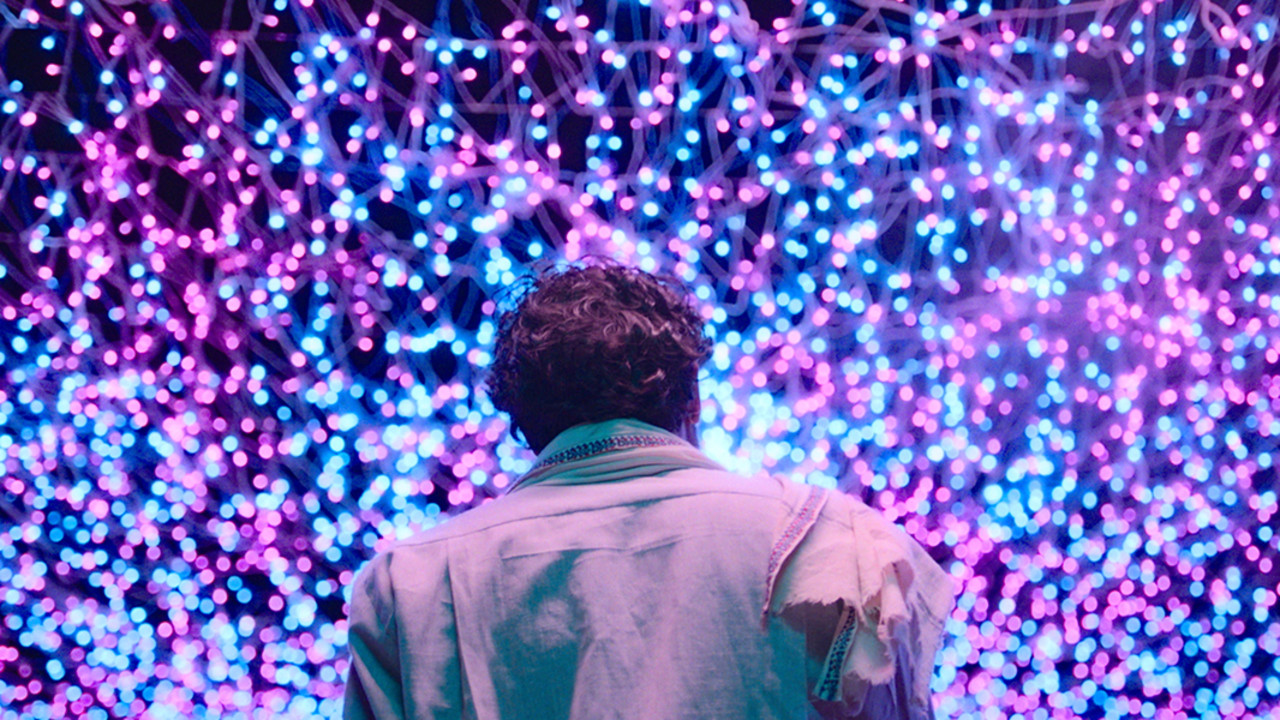 After a freak accident on a rural road bisects a 40-year-old alcoholic named Thakur, the Dug Dug–brand motorcycle he was riding is recovered and locked up at a nearby police station. The following morning, the bike is inexplicably found back at the crash site — its locks unbroken. It is removed once more but, again and again, it manifests at the place of Thakur’s death. As word spreads of these bizarre incidents, so does a belief that Thakur’s spirit has inhabited the vehicle and that its miraculous movements are signs of divinity. When some locals begin to make offerings to the bike of its owner’s favourite delights (namely alcohol), they begin to attribute their good fortune to Thakur’s providence, and before long an infectious religious fervour breaks out.

Inspired by esoteric temples that writer-director Ritwik Pareek frequented with his grandmother in the remotest villages of Rajasthan, India, Dug Dug astutely explores the contagious power of faith and its metaphysical — and often transactional — mysteries. In depicting the emergence of a full-blown religion, Pareek escalates this wave of motorcycle reverence through skillfully constructed montages propelled by stylish staccato crash zooms, brilliant colours, and a toe-tapping jazz soundtrack from Salvage Audio Collective (who scored the blockbuster hip-hop musical Gully Boy).

A slick satire of religious commercialism and uninhibited idolatry, Pareek’s debut feature abounds with irreverent wit and formal invention, exuding an irresistible zeal that mesmerizes as it begs the biggest of questions.