Korean visionary Yeon Sang-ho taps into the world’s collective anxiety with his wildly original take on the procedural drama. 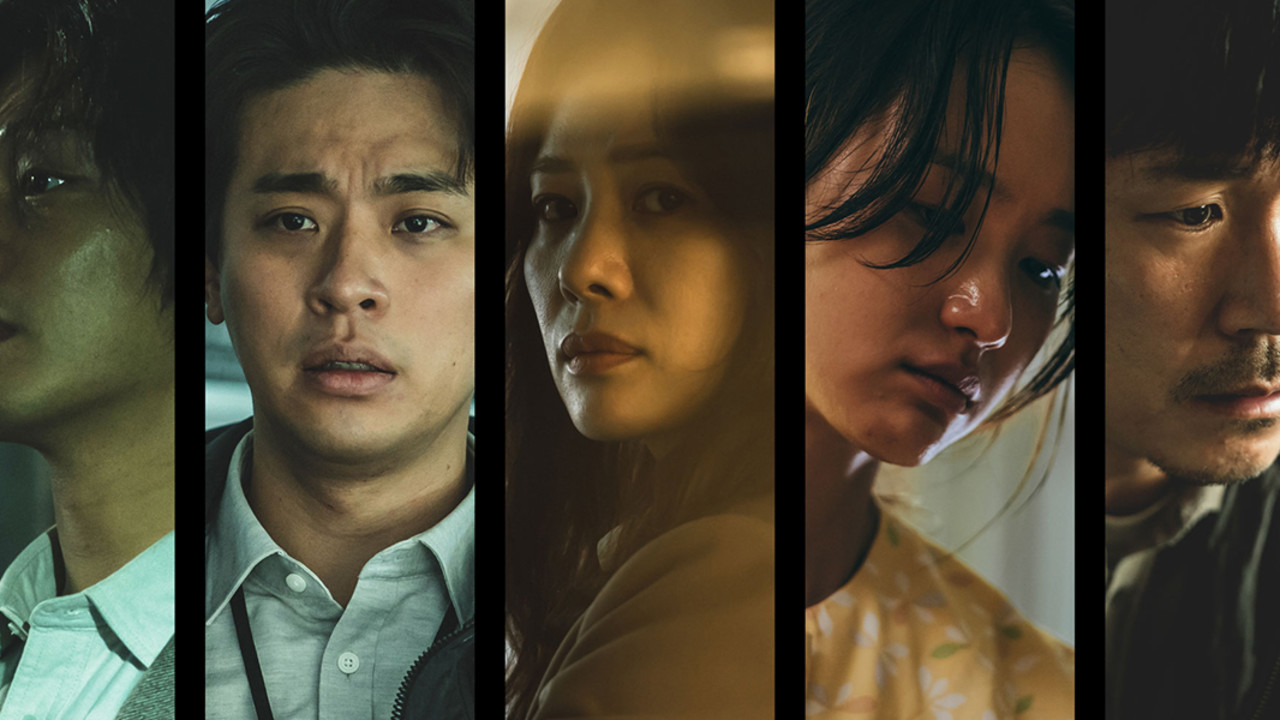 In a quiet coffee shop, a middle-aged man sits alone, sweating profusely, feverishly checking the time. When 2pm strikes, three demonic, amorphous figures come smashing through the front window. The man runs out of the shop and down the busy city streets in terror, trying to escape. The ominous figures catch him, pin him to the ground, and perform a ritual that leaves his body in ashes. A crowd surrounds the scene, capturing the disturbing act on cellphones.

This is the thrilling pre-credits scene of Hellbound, the newest series from visionary South Korean filmmaker Yeon Sang-ho, based on his own webtoon The Hell — which was illustrated by Choi Kyu-seok, who co-wrote Hellbound.

Webtoons are digital comics, poised to replace K-pop as South Korea’s newest international sensation, with multiple film and series adaptations in production. This visual form of storytelling is a natural fit for Sang-ho, who began his career making animated films like The King of Pigs and The Fake (TIFF ’13), before directing the critically acclaimed box-office giant Train to Busan.

In many ways, Sang-ho uses The Hell as a storyboard for Hellbound, a series about a nation coping with a new phenomenon of “sinners” literally condemned, and a religious sect on the rise, led by Jung Jin-soo (Yoo Ah-in). Investigating the phenomenon of “proclamations” and ritualistic murders is police detective Jin Kyung-hoon (Yang Ik-june). Examining the mysterious sect are broadcast journalist Bae Young-jae (Park Jeong-min) and lawyer of the accused sinners Min Hey-jin (Kim Hyun-joo). Together, these three investigators search for answers in this wildly original commentary on the growing anxieties of a nation.