The dynamic between a restless teenager and her oppressive father changes when a family friend arrives at their isolated Croatian home. 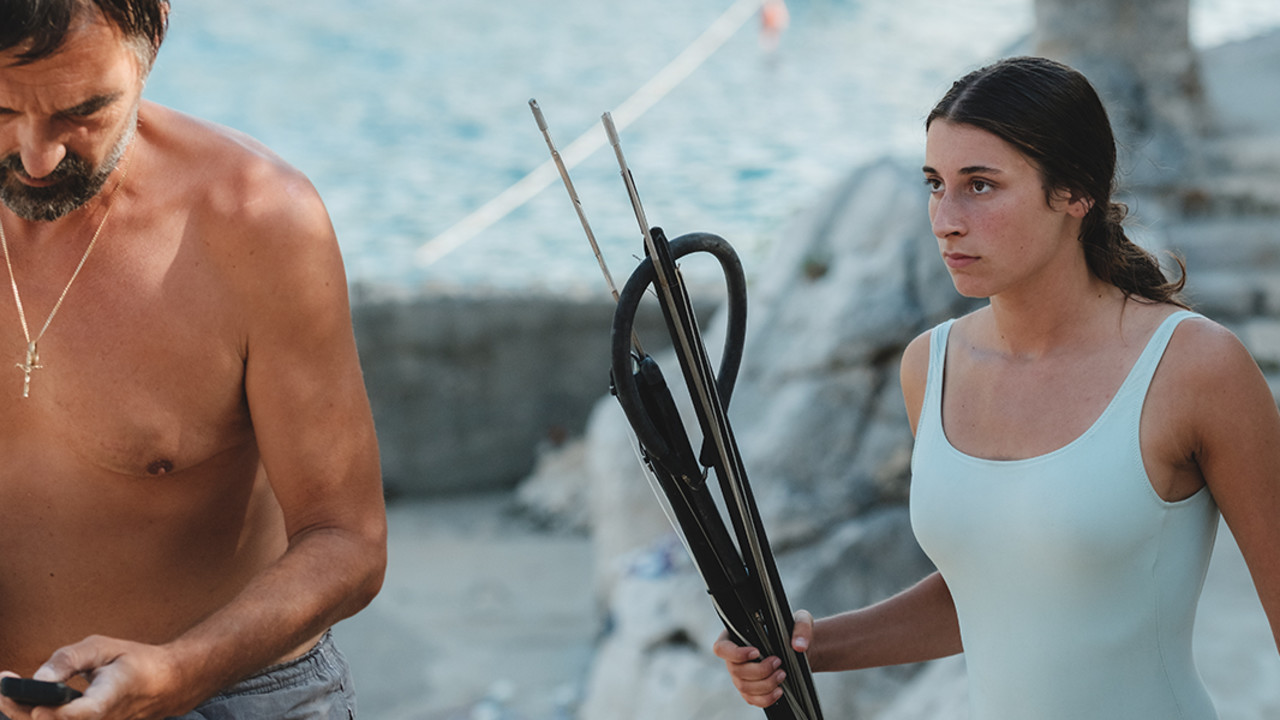 On the surface, 16-year-old Julija’s life looks like paradise — a picturesque existence on her ancestral land guided by traditional subsistence, wreathed in endless summer and the glory of youth. But a deeper dive reveals that she and her young mother, Nela, must carefully navigate the oppressive rule of Ante, the family patriarch. Soon, the steady seas are stirred by the arrival of a handsome and worldly family friend, and the restless teenager on the verge of adulthood must choose to sink or swim.

Executive produced by Martin Scorsese, Murina is the follow-up to Croatian-born Antoneta Alamat Kusijanović’s awardwinning short film Into the Blue (2017). Flanked by Leon Lučev and Danica Čurčić in the roles of her parents, Gracija Filipović is deeply mesmeric as Julija. Anchored by Evgueni and Sacha Galperine’s anodyne score and accompanied by Julij Zornik’s hypnotic sound design, the film is brought to life by the craftsmanship of cinematographer Hélène Louvart, who has previously collaborated with Agnès Varda, Claire Denis, Wim Wenders, Christophe Honoré, Alice Rohrwacher, Eliza Hittman, and Léos Carax, to name a few.

Winner of the Caméra d’Or at Cannes this year, Murina is a psychological drama that brings to the surface the hidden violence between parents, lovers, and their children. For Julija, a transformation from girl to woman means entrenching herself in a society where, despite her dreams and desires, the roles available for her and other girls are limited. Some sink into the exclusion — but a lucky few build immunities to the chauvinism that runs deep, and they generate powers that may even change the tides. Jetting into uncharted waters, looking beyond the horizon, both Kusijanović and her heroine offer a new way of reading one’s inner compass.