A trio of mercenaries navigate a mysterious region of Senegal, in Jean Luc Herbulot’s cool and kinetic genre-shifting thriller. 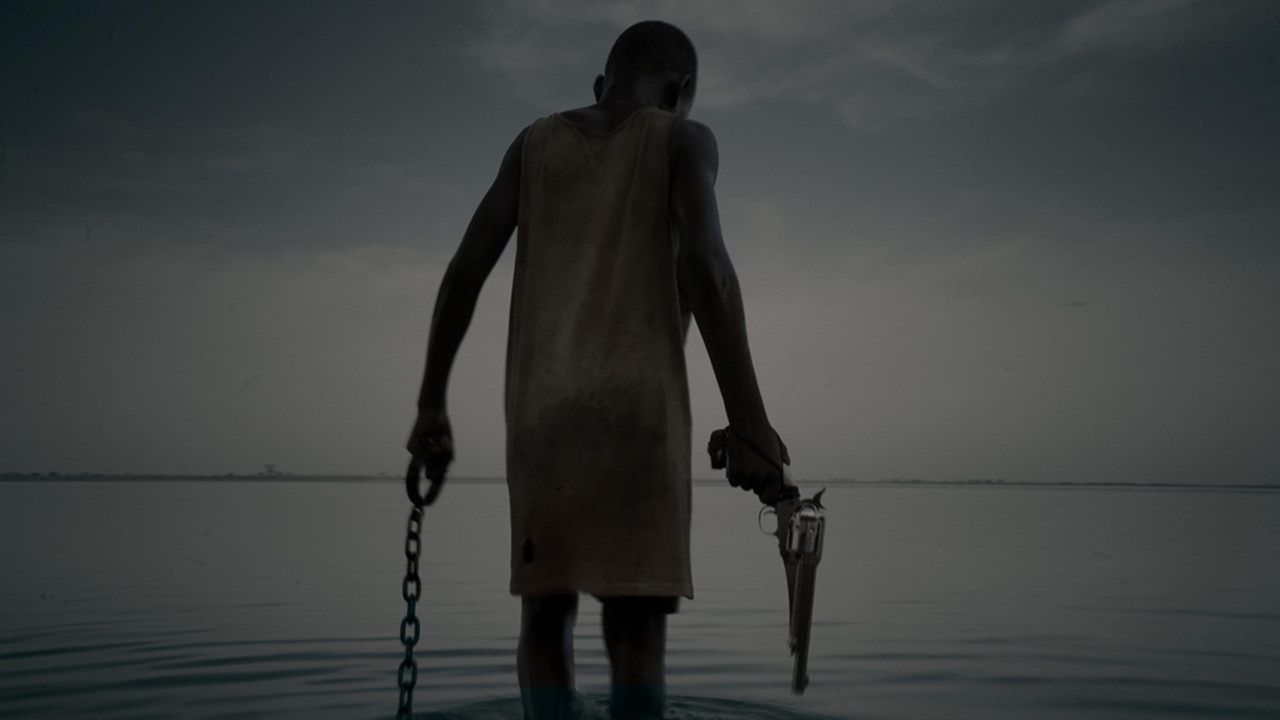 Amidst Guinea-Bissau’s coup d’état of 2003, Bangui’s Hyenas, an elite trio of mercenaries, skillfully extract a drug dealer and his bricks — both gold and narcotic — from the chaos and make tracks for Dakar, Senegal. But when their escape plan is unexpectedly waylaid, the Hyenas find themselves and their bounty stranded in the Sine-Saloum Delta, a coastal river realm speckled with insulated island communities and steeped in myth and mystery. Believing they can keep a low profile at a nearby holiday encampment, they attempt to blend in with the tourists but are soon at risk of exposure with the arrival of both a suspicious police captain and an enigmatic Signing deaf woman who harbours secrets of her own.

Writer-director Jean Luc Herbulot ignites the fuse of his inspired genre-shifting thriller from there, burning through exquisite episodes of suspense before exploding into full-blown action-horror. As with Herbulot’s Netflix series Sakho & Mangane, which stylishly wove a supernatural thread through a gripping police procedural, ’s own twisting trajectory compellingly invokes African-Caribbean folklore and mysticism as it refashions cues from western genre hybrids like From Dusk Till Dawn and Predator into its unique cultural context. The results are infectiously cool and an exhilarating introduction to a fascinating mythos full of creepy curses, sinister spirits, and an instantly iconic ensemble of horror heroes: Chaka (Yann Gael), Rafa (Roger Sallah), Awa (Evelyne Ily Juhen), and Minuit (Mentor Ba) — the last of whom is a sorcerer who forgoes “boomsticks” for magic gris-gris.