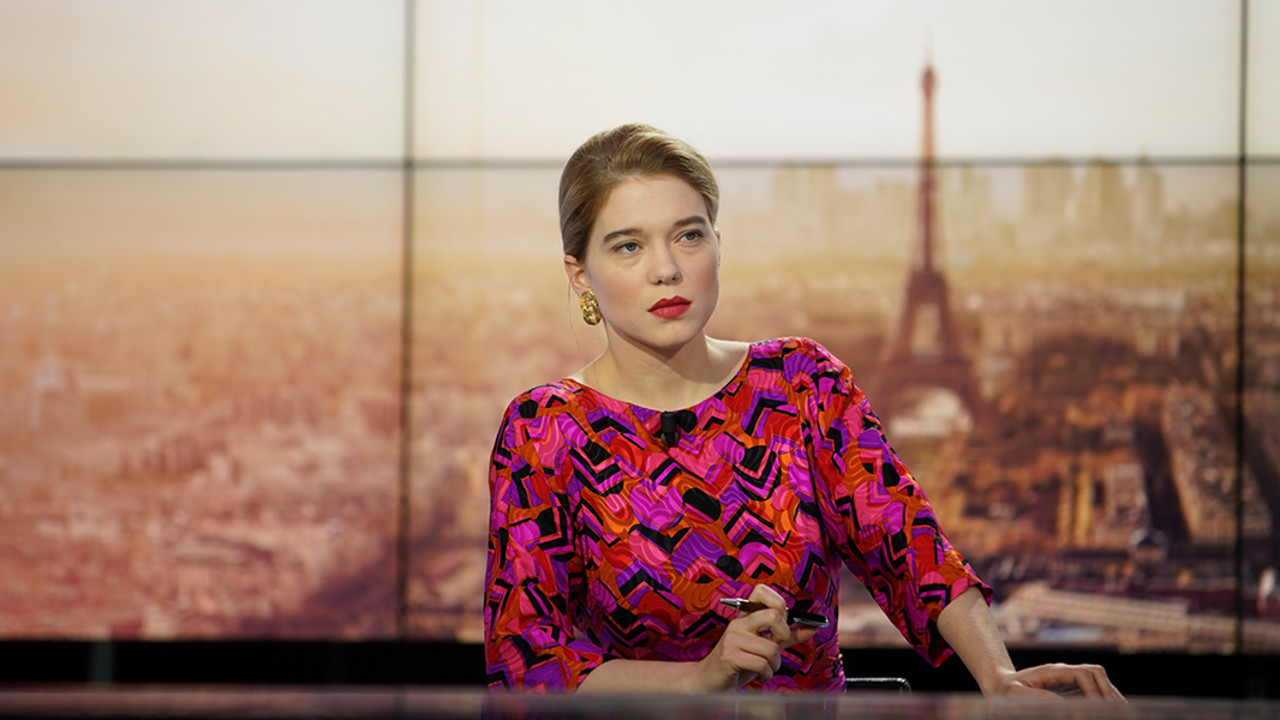 The evolution of Bruno Dumont’s iconoclastic cinema has been one of unpredictability, fearlessness, and uncompromising vision, from the austere realist dramas of his early career to genre experiments with period pieces, absurdist comedies, eccentric television serials, and, most recently, musicals. His latest, France, is a deceptively unhinged and heady concoction of stinging satire and meltdown melodrama, starring a transcendent Léa Seydoux (also appearing at TIFF in The Story of My Wife) in an all-out performance as France de Meurs (French pun very much intended).

France is an egocentric, fame-obsessed television journalist whose unchecked narcissism is aggressively egged on by her Twitter-addicted assistant Lou, played with manic verve by comedian Blanche Gardin. Prioritizing work over family, France attends a news briefing at the Élysée Palace as she would a fashion show and does not shy away from directing ISIS-fighting soldiers in order to get the perfect shot. That is, until an accident leads to both a crisis and an epiphany, revealing that behind France’s ’80s-inspired cinched designerwear, voluminous blowouts, and glammed glow exists a sensitive, melancholic soul with hints of grace.

Perhaps Dumont’s most ambitious and shape-shifting film yet, France is a fascinating character study as well as a timely takedown of our stranger-than-fiction reality. A biting and, at times, hilarious critique of media and visual culture, France confronts a world of self-serving posturing and an industry pandering to both cults of personality and the spectacle of misery. It also explores the tensions inherent in a profession torn between ratings-driven capitalism and the noble aims of truth telling.

Employing a glossy visual language that suggests narrative convention before turning it on its head more than once, Dumont heightens the strange, even deranged tone with surprising fantastical departures, show-stopping set pieces, and a haunting, off-kilter score by the legendary late French pop singer Christophe.