Liz Garbus dives into the archives of the undersea explorer who tried decades ago to warn the world about the climate crisis. 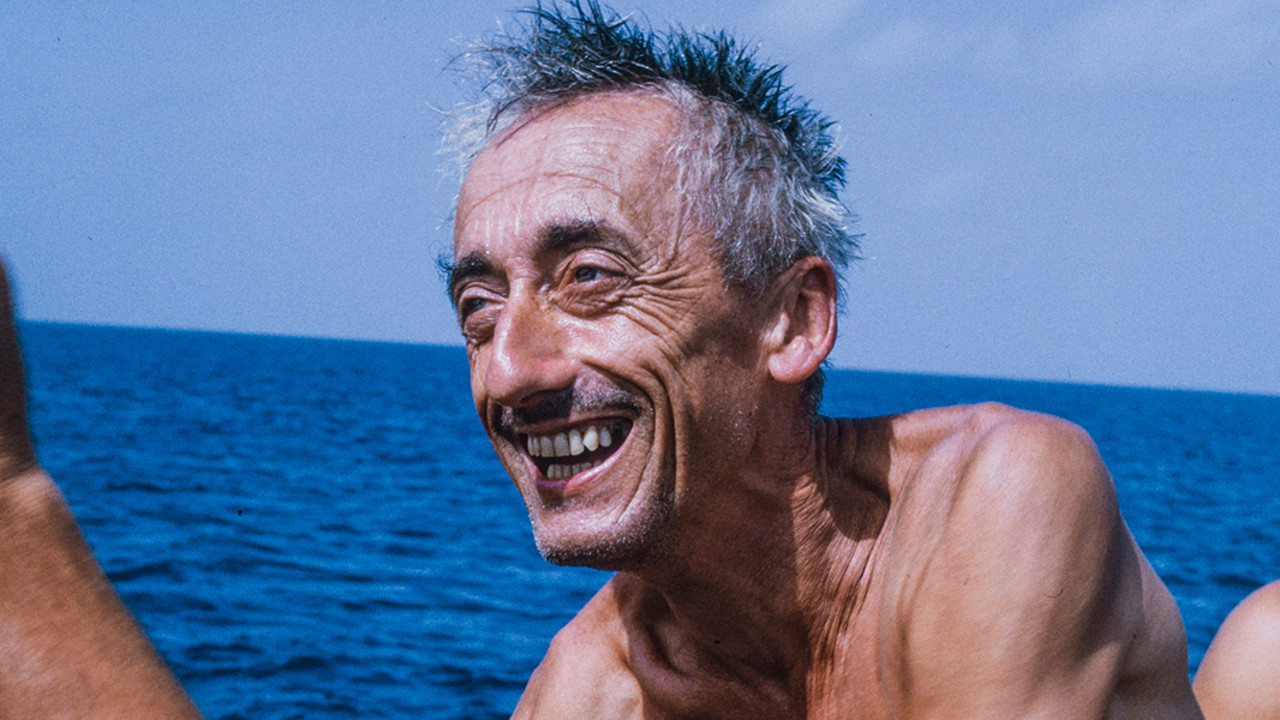 Say the name Jacques Cousteau and people all over the world can conjure an image of the French sea adventurer in a red cap aboard his ship Calypso. His groundbreaking films and TV series opened the world’s eyes to the undersea realm. He became a dedicated conservationist, starting The Cousteau Society to preserve marine life. While many of us can cite those basic facts, we may not grasp much more.

Oscar-nominated filmmaker Liz Garbus, known for her complex portraits of Bobby Fischer, Nina Simone, and Marilyn Monroe, takes a fresh look at this explorer’s evolution in Becoming Cousteau. Her profile is neither hagiography nor exposé, but rather a nuanced look at his passions, achievements, blind spots, and tragedies. She draws upon an extraordinary archive of his newly restored footage.

We gain insights into key figures around Cousteau, including his first wife, Simone, and their sons Jean-Michel and Philippe, whose family life took place mostly at sea. “An explorer has no right to be a family man,” he admitted. His restlessness would later manifest when he started a second family in secret. We hear perspectives on his career from colleagues in diving and filmmaking. His renowned early collaborator Louis Malle testifies to Cousteau’s talents as a director that earned him both the Palme d’Or and the Oscar for his breakthrough 1956 film The Silent World.

“The whole world was being discovered. We had no idea we were destroying it,” says one Calypso crew member. That realization hit Cousteau hard in the early 1970s and he diverted all his energy trying to rally the world against environmental disaster. Now, over two decades after his death, we still have a lot to learn from the life of Cousteau.