The lives of three people converge in Wen Shipei’s thrilling debut: a young man who believes he’s killed someone, the dead man’s widow, and the policeman in charge of the investigation. 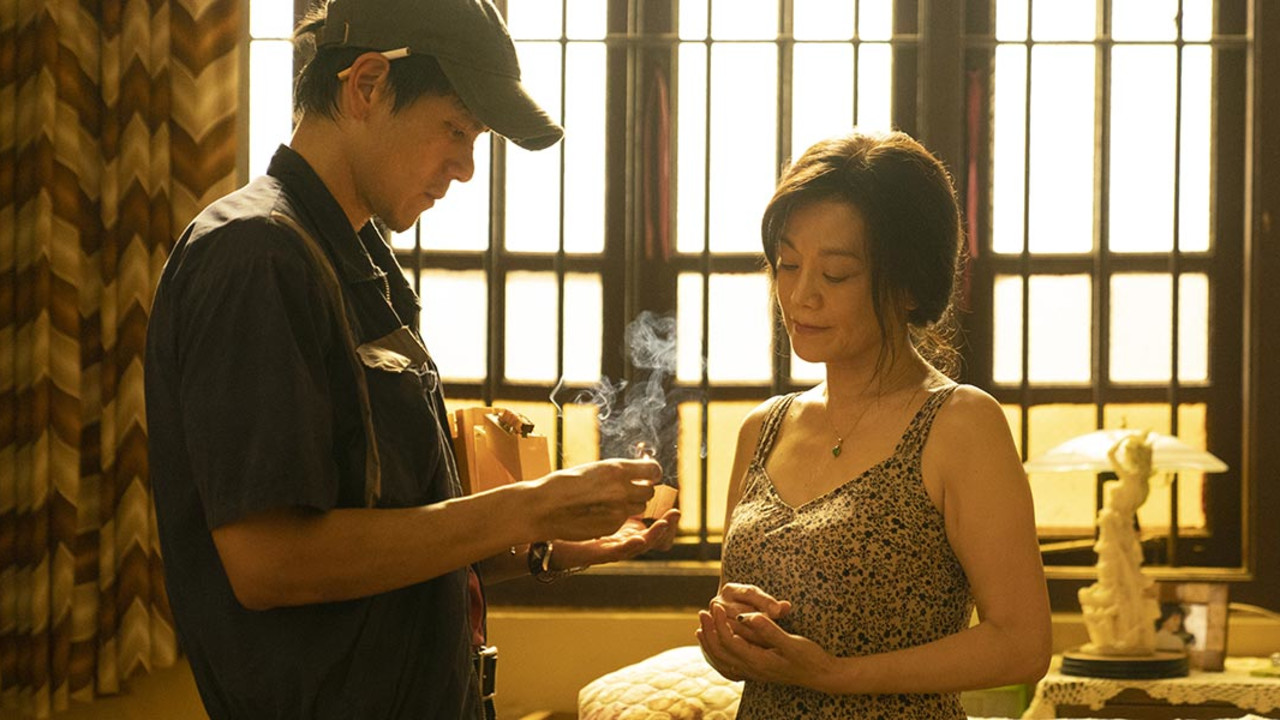 Are You Lonesome Tonight?

Wen’s confident filmmaking translates the language of images into sophisticated, highly evocative storytelling and guides to excellence the performances of protagonists Sylvia Chang and Eddie Peng — as two souls lost in existential solitude, shrouded in a sultry, languid, yet anxious atmosphere.

One stiflingly hot night on a scarcely illuminated road in 1997-era China, air conditioning repairman Wang Xueming (Peng), while driving and checking his pager, runs over and kills a pedestrian. Or so he thinks. Though anguished at what happened, he realizes that his van might be the only vehicle transiting on that road, with a quiet water buffalo the only witness to the accident. He disposes of the body and drives away.

Tormented by guilt and remorse, Wang considers confessing his crime but has a chance encounter with Mrs. Liang (Chang), the victim’s widow with whom he starts an unusual relationship. He can’t tell her what really happened to her husband on that fateful night but he does try to help her in any way he can, as fragments of Mr. Liang’s shady past come slowly to the surface. The life of the man he ran over might not be so clean in the end.