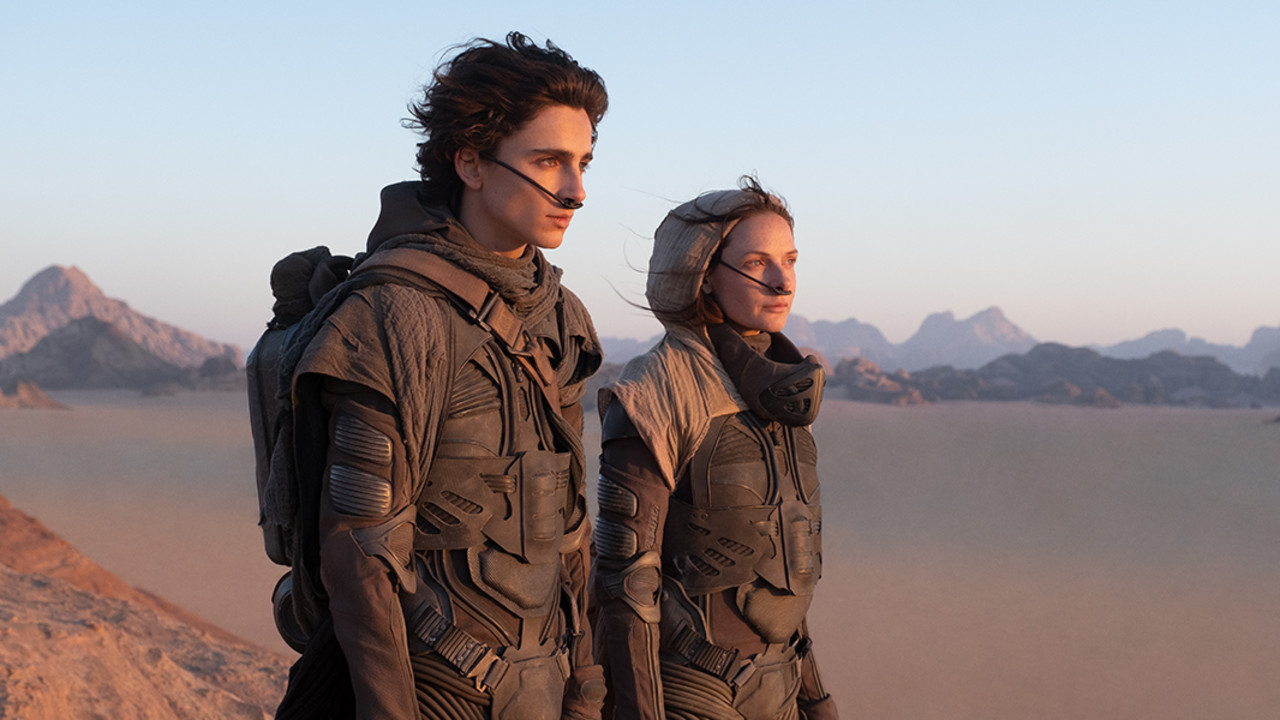 Timothée Chalamet leads a remarkable cast in one of the most anticipated films of the year. Adapting Frank Herbert’s legendary novel for a true big-screen experience, Denis Villeneuve confirms his status as that rarest of artists, a visionary maker of blockbusters. Dune delivers a complete immersion into new, spectacular worlds.

Paul Atreides (Chalamet) is heir to the throne that governs the most important planet in the known universe, Arrakis. His father Duke Leto Atreides (Oscar Isaac) rules Arrakis, but the desert planet’s chief natural resource, a drug nicknamed the spice that gives its users superhuman powers, makes it the target of violent battles and the constant threat of political treachery. House Atreides will need the help of the Fremen people in the desert, but they insist on their own autonomy. The desert has its own predators as well — gargantuan, merciless sandworms. Paul, who has been raised in a bubble of privilege, now stands at the moment when he must prepare himself for leadership and for battle.

Villeneuve propels Dune through eye-popping action sequences set against dazzling vistas, always grounding what’s at stake in the emotional lives of his characters. Josh Brolin does terrific work as warrior Gurney Halleck, training Paul for the battles ahead. Rebecca Ferguson plays all the complex nuances of Lady Jessica, a character expanded and given more depth here than in the novel. And just watch Zendaya work in her role as a Fremen desert warrior. From start to finish, Dune is awe-inspiring — and it’s just the beginning.