Tim Roth stars in writer-director Michel Franco’s chilling drama about a wealthy Briton attempting to abandon his life while vacationing in Acapulco. 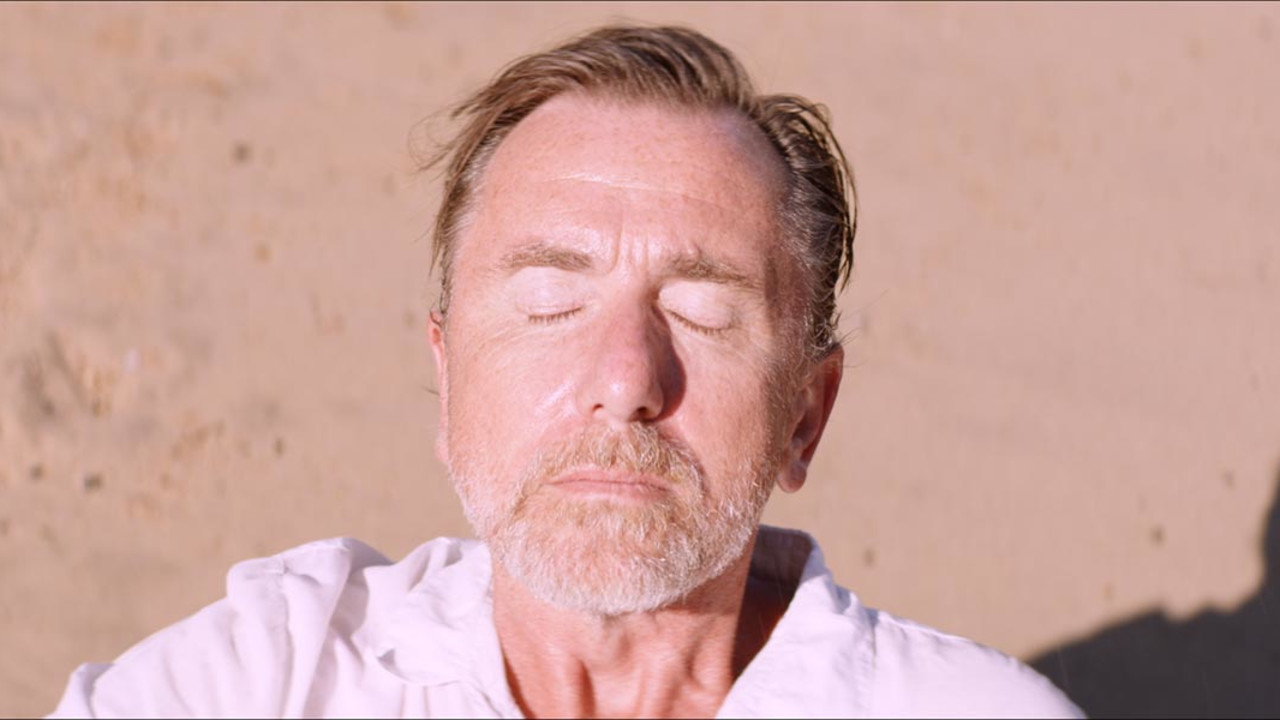 From the outside, it would appear that Neil Bennett (Tim Roth, also at the Festival with Bergman Island), a wealthy Briton vacationing with loved ones at a luxury resort in Acapulco, wants for nothing. Until, that is, a single phone call shatters Neil’s idyll: there’s been a death in the family, and he, his sister Allison (Charlotte Gainsbourg), and the kids must return to London immediately.

At the airport, just before their flight is to depart, Neil pretends to have forgotten his passport at the resort. He insists the others go ahead; he’ll catch the next flight. Instead, Neil checks into a budget hotel, drinks beer at the beach, meets a beautiful local named Berenice (Iazua Larios), and begins concocting reasons to delay his return home. What is Neil up to? How long can he linger abroad while his family grieves and contends with legal matters? And what if things go from bad to worse?

The story of writer-director Michel Franco’s Sundown seems simple, but its twists are riveting and its mysteries rich. As with Franco’s Un Certain Regard–winning After Lucia or his TIFF selections April’s Daughter and New Order, Sundown is an incisive study of class disparity and familial strife. Roth, who worked with Franco previously on Chronic, is brilliantly cast as the film’s enigmatic antihero. His performance is one of immense containment, hinting incrementally at the profound ennui driving Neil to attempt to abandon his enviable life. There is something almost palpably haunted about Neil, and, as he makes his way along this strange journey, his desperate longing will resonate more than you’d expect.